Whenever I think about the 4th of July, I get a very specific movie scene stuck in my head:

The night game scene from the 1993 classic, The Sandlot.

Something about the families out in the street sharing a big cookout, the flash and crackle of sparklers, the game of baseball, Ray Charles singing America the Beautiful, and getting lost in a sky exploding with red, white and blue just feels American.

But you know what I don’t spend much time thinking about on Independence Day?

Catholicism’s role in the American Revolution.

So this year I’ve done a little digging and found the biggest Catholic influences on the American Revolution, and how you can make this holiday a little bit more faith-centered for you and your family.

John Carroll was the first U.S. Bishop, appointed in 1789. He founded the first American Catholic college (Georgetown University), convened the first Diocesan synod in the United States, and travelled with some of America’s founding fathers to try to convince the French Canadians to join the Revolutionary cause.

Archbishop Carroll was in a unique position in that he represented American Catholicism to the rest of the Catholic world.

John’s cousin, Charles Carroll of Carrollton, was the only Catholic signer of the Declaration of Independence. Charles lived in Maryland and served in the Maryland Senate from 1781 to 1800. He donated the land which would eventually become the main campus of Johns Hopkins University. Charles was the last living signer of the Declaration of Independence, and his funeral took place at the Basilica of the National Shrine of the Assumption of the Blessed Virgin Mary.

Charles was in a unique position in that he represented Catholicism to the rest of America (in a time when Catholicism was not often viewed in a very positive light by many Americans).

John Carroll’s younger brother, Daniel Carroll, is considered one of the Founding Fathers, served as a delegate to the Philadelphia Convention, and was one of five men to sign both the Articles of Confederation and the Constitution. Carroll served later in life as a Maryland Senator, but he couldn’t be elected until after the Revolution because there were pre-revolutionary laws in Maryland that prohibited anyone Catholic from holding public office.

The example of the Carroll Family begs an important question of each of us:

Who do you represent Catholicism to?

A friend recently told me a story about attending a block party on their street, and upon being introduced to a new neighbor they said, “Oh! You’re the Catholic ones!”

Would your neighbors or coworkers say that about you?

1. Visit a war memorial or military gravesite and pray for those who made the ultimate sacrifice

Catholics love praying for the dead. Part of that is because we believe in sainthood and eternal life and that our prayers in this life can have an effect on those in heaven, and that the prayers of those in heaven can have an effect on us! Almost no other Christian denomination shares in our devotion to the saints, so spend some time remembering those who have gone before you to defend the freedom you enjoy today.

2. Pray before your cookout

I know, this can get a little awkward. But sometimes you just have to go there. Yes, everyone else might be making noise or running around and it might make you or them a little uncomfortable. But taking the brief moment to stop, join hands with your family, and thank God for your meal is a subtle and powerful example of living the faith in the simple moments of everyday life.

3. Invite your friends or family to pray Archbishop Carroll’s prayer for America

With this one, not only do you get to do a little praying, but you also get to share with people who Archbishop Carroll was, and perhaps even a little bit about his family. You can find this prayer just by scrolling down!

Independence Day is a part of our culture. It’s a beautiful and powerful celebration of one of God’s greatest gifts: Freedom. We hope that learning a little bit more about Catholicism’s role in the American Revolution and exploring how you can celebrate in a more intentional way will bring more joy to your celebrations than ever before.

Prayer for Our Government
by Archbishop John Carroll (1791)

We pray, O almighty and eternal God, who through Jesus Christ has revealed thy glory to all nations, to preserve the works of your mercy, that your Church, being spread through the whole world, may continue with unchanging faith in the confession of your name.

We pray Thee, who alone are good and holy, to endow with heavenly knowledge, sincere zeal and sanctity of life, our chief bishop, the pope, the vicar of Our Lord Jesus Christ, in the government of his Church; our own bishop, all other bishops, prelates and pastors of the Church; and especially those who are appointed to exercise among us the functions of the holy ministry, and conduct your people into the ways of salvation.

We pray O God of might, wisdom and justice, through whom authority is rightly administered, laws are enacted, and judgment decreed, assist with your Holy Spirit of counsel and fortitude the president of these United States, that his administration may be conducted in righteousness and be eminently useful to your people over whom he presides; by encouraging due respect for virtue and religion; by a faithful execution of the laws in justice and mercy; and by restraining vice and immorality.

Let the light of your divine wisdom direct the deliberations of Congress, and shine forth in all the proceedings and laws framed for our rule and government, so that they may tend to the preservation of peace, the promotion of national happiness, the increase of industry, sobriety and useful knowledge; and may perpetuate to us the blessing of equal liberty.

We pray for his excellency, the governor of this state, for the members of the assembly, for all judges, magistrates, and other officers who are appointed to guard our political welfare, that they may be enabled, by your powerful protection, to discharge the duties of their respective stations with honesty and ability.

We recommend likewise, to your unbounded mercy, all our brethren and fellow citizens throughout the United States, that they may be blessed in the knowledge and sanctified in the observance of your most holy law; that they may be preserved in union, and in that peace which the world cannot give; and after enjoying the blessings of this life, be admitted to those which are eternal.

Finally, we pray to you, O Lord of mercy, to remember the souls of your servants departed, who are gone before us with the sign of faith and repose in the sleep of peace; the souls of our parents, relatives and friends; of those who, when living, were members of this congregation, and particularly of such as are lately deceased; of all benefactors who, by their donations or legacies to this Church, witnessed their zeal for the decency of divine worship and proved their claim to our grateful and charitable remembrance. To these, O Lord, and to all that rest in Christ, grant, we beseech you, a place of refreshment, light and everlasting peace, through the same Jesus Christ, Our Lord and Savior. 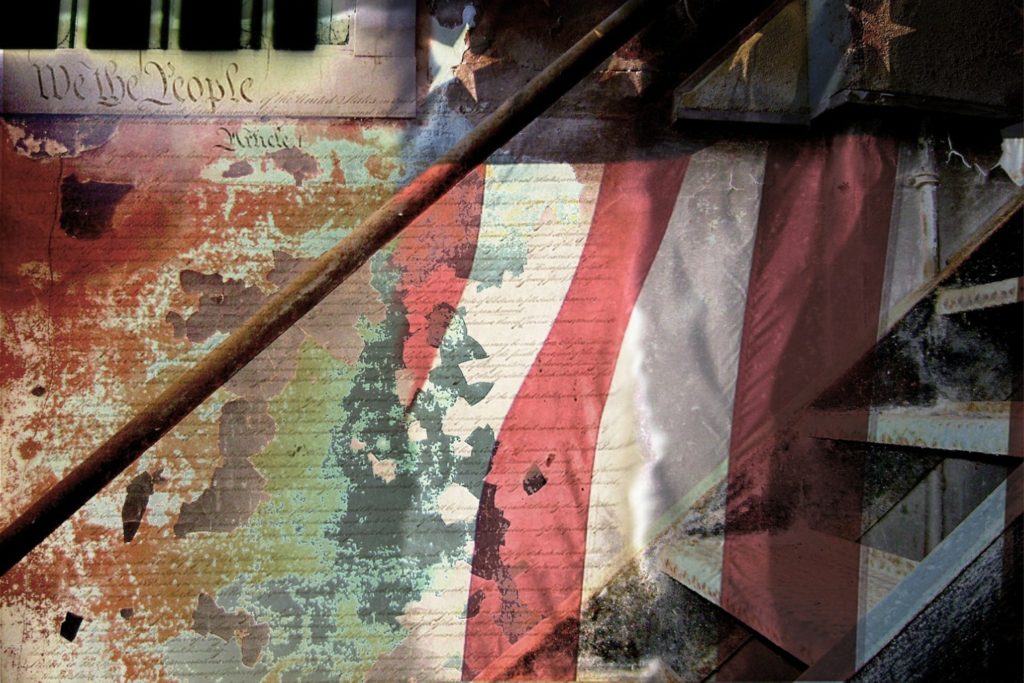 Dominick Albano is the director of digital engagement for The Catholic Telegraph, as well as an author and national speaker. He and his wife have been married for 13 years and have four sons.