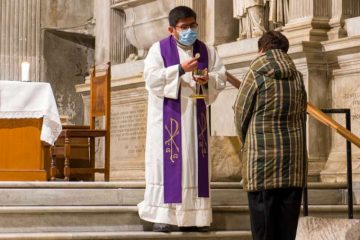 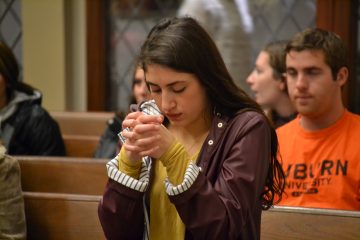 VATICAN CITY (CNS) — Praising the fidelity of Eastern Catholics, Pope Francis also urged them to be more active in the search for Christian unity, especially unity with their Orthodox counterparts.

In heaven, he said, "the Lord will not seek an account of which or how many territories remained under our jurisdiction. He will not ask how we contributed to the development of our national identities. Instead, he will ask how much we loved our neighbor, every neighbor, and how well we were able to proclaim the Gospel of salvation to those we met along the road of life."

The pope met Sept. 14 with about 40 bishops in Europe from Eastern Catholic churches; they included bishops from the Eastern-rite Ukrainian, Romanian, Greek and Slovak churches, but also those who minister to migrant communities from outside of Europe, including the Coptic, Chaldean and Syriac Catholic Churches from the Middle East and the Syro-Malabar and Syro-Malankara Catholic churches of India.

The multiple expressions of Catholic liturgy, spirituality and governance are a sign of the Catholic Church’s true unity, Pope Francis said. "Uniformity is the destruction of unity; Christian truth is not monotonous, but ‘symphonic,’ otherwise it would not come from the Holy Spirit."

Preserving their Eastern identity while holding fast to their unity with Rome came at the price of martyrdom for many of the Eastern Catholic churches, the pope acknowledged. "This fidelity is a precious gem in your treasury of faith, a distinctive and indelible sign."

Unity with the wider Catholic Church, he said, does not detract from the identity of the Eastern churches but "contributes to its full realization, for example, by protecting it from the temptation of closing in on itself and falling into national or ethnic particularisms that exclude others."

While the Eastern churches have national roots and cultures, and in many cases have contributed to preserving local languages and identity, the churches are called to proclaim the Gospel, not a national identity, he said.

"This is a danger of the present time in our civilization," the pope said, because one can see "particularisms that become populisms and seek to dictate and make everything uniform."

At the same time, he said, the witness of the saints and martyrs of the Eastern Catholic churches calls Eastern Catholics today to purify their "ecclesial memory" — for example, the memory of knowing the Orthodox did not experience the same level of persecution under communism — "and to aspire to ever greater unity with all who believe in Christ."

In a world where so many people sow division, he said, Catholics are "called to be artisans of dialogue, promoters of reconciliation and patient builders of a civilization of encounter that can preserve our times from the incivility of conflict."

As churches that share a spirituality, liturgy and theology with the Orthodox churches, he said, the Eastern Catholic churches have a special role to play in promoting Christian unity.

Pope Francis encouraged shared academic programs, especially for priests "so that they can be trained to have an open mind."

But it is especially in concrete service to others that Catholics and Orthodox should join together, he said. "Love knows no canonical or jurisdictional boundaries. It pains me to see, even among Catholics, squabbles about jurisdictions."

Life without parole is not a solution to crime, pope says