Welcome to The Catholic Telegraph, the monthly magazine of the Archdiocese of Cincinnati. We are one of the oldest newspapers in the United States, published continuously since 1831.

Currently 133,000 subscribers receive the magazine in their mailboxes each month, and this website is another way in which we hope to continue our mission of proclaiming the Good News of our Catholic faith. In 2019, along with www.thecatholictelegraph.com, new offerings of The Daily Divina and the Weekly Ember were introduced.

On Saturday, Oct. 22, 1831, The Catholic Telegraph came into being at the behest of Bishop Edward Fenwick, OP, bishop of the then-Diocese of Cincinnati. Bishop Fenwick’s 10-year-old diocese reached from Kentucky to northern Michigan, and he believed that a newspaper was needed to help him communicate with a far-flung flock that was often subjected to virulent anti-Catholic attack. His letters, sermons and reports were the primary focus of the early paper.

The Catholic Telegraph was the first Catholic newspaper founded west of the Allegheny Mountains. It should be the oldest continuously published Catholic newspaper in the United States, but for a brief period  — during the cholera plague of autumn of 1832 that claimed among its many victims Bishop Fenwick — the paper’s first editor, Father Mullen, laid his pen down in order to minister to people in need, suspending publication for a short time. In historical circles, The Catholic Telegraph is lauded for its strong abolitionist positions before and during the Civil War. Throughout its long history, the paper has not been afraid to speak out against wars, civil rights abuses, human rights abuses, political wrongdoing and social ills. But as one Massachusetts priest, Father J.M. Finnotti, wrote in 1875 of The Catholic Telegraph, “Charity has had a powerful sway over its editorials.”

The paper has maintained The Catholic Telegraph name and the following motto since its founding: “In essentials, unity; in non-essentials, liberty, and in all things, charity.” We find this a most worthy motto to work by even 184 years later.

The newspaper’s influence was the subject of a 1943 book, The Editorial Opinion of The Catholic Telegraph of Cincinnati on Contemporary Affairs and Politics, 1871-1921. It has been used widely for reference in other historical works and dissertations.

In September of 2011 The Catholic Telegraph became a monthly publication.

In November of 2015, the website was overhauled with a new format, color scheme and logo, as well as functionality for reading on mobile devices.

In June of 2020, the history newspaper became The Catholic Telegraph Magazine.

The monthly magazine is read in nearly 145,000 homes throughout the archdiocese. By June 2020 , TheCatholicTelegraph.com was averaging 2,500 users per day and 4,300 page views per day. 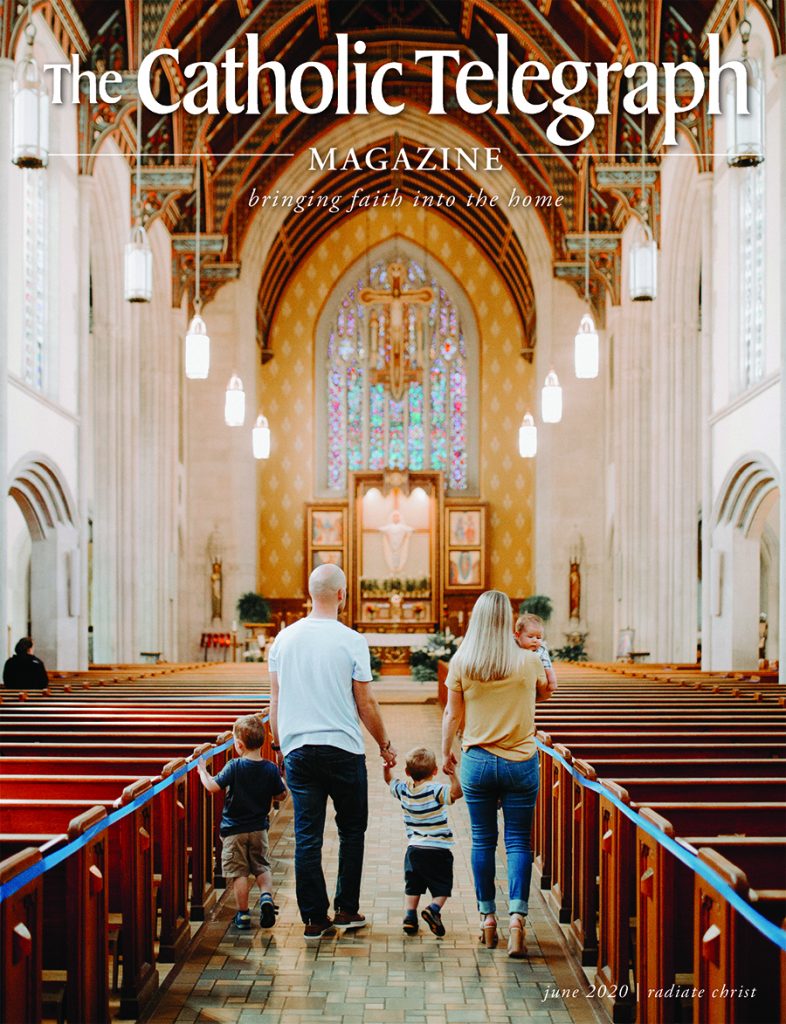