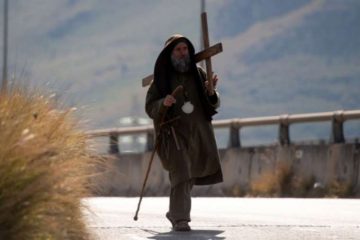 CONYERS, Ga. (CNS) — There’s the father who regularly visits his buried son with a bag of doughnuts for the staff.

There’s the request by a mother for Honey Creek Woodlands staff to tell her buried child "she still loves him" when they pass his final resting place.

Staff members at this natural cemetery know what it means when heartfelt requests come from grieving families. Three of the staff members themselves have family buried among the trees and the grasslands.

"People come here, sometimes it happens when we’re looking at sites like it did with my own family, and sometimes that happens with the service where they’re bracing and they’re nervous and they’re grieving, it lifts," she told The Georgia Bulletin, newspaper of the Archdiocese of Atlanta. "All of a sudden they’re smiling and they’re relaxed and they start talking like, you know, like they’re just talking with their family."

Honey Creek Woodlands in Conyers, 25 miles southeast of Atlanta, is a burial ground for those who desire a simple burial in a wooden box or a shroud. Graves are marked with discreet sandstone markers. The land is owned by the Monastery of the Holy Spirit, a community of more than 40 Trappist monks.

The burial ground is "a quiet and beautiful resting place for people of all faiths, as well as those who have struggled to find faith," states its website.

Bishoff’s family was one of the first to bury a loved one at Honey Creek Woodlands. It was October 2008. Her father, Jack Jameson Sr., died in his sleep.

"It is not what I thought. This is not creepy," she remembered about her first visit. Her father loved the outdoors, was humble and would not have been interested in conventional funeral practices.

"I work here, but my heart is here. I fell in love with this," said Bishoff, 58, who spent most of her life working in customer relations for a car dealership. She grew up attending Our Lady of Assumption Church in Brookhaven and graduated from St. Pius X High School in Conyers. Five years after burying her father, she joined Honey Creek Woodlands. Today, she is the senior steward, working with families and staff.

Neil Battles, 29, relies on a tractor, chain saws, shears and pruning tools as part of his job as a caretaker.

In 2012, his father, Mark, died from cancer and was buried in the pine tree forest on the grounds.

"I’d go out to visit my dad and it’s kind of therapeutic. You have a tendency to block away things, or you tend not to think about certain things because it’s kind of a little hard to think about. But then you visit the grave and you remember, him coaching me as a kid in baseball or, you know, just different little memories," Battles said.

He wants to give that experience to others as he prepares for a graveside service or thins out a natural growth of saplings and wild grass.

"That kind of transfers over because you want everybody to get that same experience where they’re like, you know, the grave looks good and they’re not worried about everything and they can kind of just relax in the setting."

Bishoff’s father was buried in the hardwood forest, where oaks, dogwoods and other trees reclaimed the area surrounding his grave. It’s about a mile from the office on a gravel road to the towering pine trees, a meadow and the hardwood forest. There’s also a hilltop where the Martin Gatins Chapel and its bell tower are located.

Honey Creek, the site’s namesake, is crossed with a bridge called the Bridge to Grace, donated and built by a family whose daughter, Catherine Grace, is buried at the woodlands.

For now, about 160 acres have been set aside for burials. The rest of the land is untouched.

The cemetery is part of changing trends of funeral practices. People are choosing to deal with human remains in an environmentally aware, chemical-free manner. The only requirement at Honey Creek is that bodies are laid to rest in a shroud or biodegradable casket.

In 2015, more Americans for the first time chose cremation over traditional funerals, and the option is expected to become increasingly popular. Cremated remains are also buried in biodegradable containers. The scattering of ashes is not allowed.

Honey Creek Woodlands opened on Earth Day 2008. Joe Whittaker was the first caretaker. A statistician by training, he recalled waiting several months before he assisted the first family in burying their loved one. That first year there were about a dozen burials. In late October, 10 burials took place in one week. About 3,000 plots have been sold and since opening there have been about 1,200 burials, he said.

Whittaker last year stepped back to a part-time position. The families he served became "more friends than anything else," he said. At his South Carolina home he etches the sandstone markers families customize to be gravestones.

"We are people trying to help them through a difficult situation."

Nelson is a staff reporter at The Georgia Bulletin, newspaper of the Archdiocese of Atlanta.