ST. LAWRENCE DEANERY — Stephanie Forest was initially interested in learning more about the Catholic faith for the sake of her young son, Tyler, but the journey of faith became her own. Raised in a family without any particular religious affiliation, Forest recalls some discussion of Jesus and God, heaven and hell, but nothing beyond that.

She was first introduced to Catholicism shortly after she began dating her husband, Michael, and celebrated Christmas with him and his Catholic family. She wanted a different religious upbringing for their son than she’d had, so he was baptized Catholic.

The family joined St. John the Baptist Church in Harrison in 2005, and when the time came to consider where their son would attend kindergarten this fall, the parish school was the obvious choice.

“I liked what he would be learning there, the values, morals and underlying message of faith,” Forest explained. “And in getting to know the people in the parish, I was impressed by their strong family values, how much they care about each other, reach out to people in the community and are willing to share their faith. That’s important to me.”

Over the years, Forest had also become friends with a co-worker, Amy Bibee, a member of St. John Parish who was always willing to answer her questions about Catholicism and would eventually became her sponsor during the RCIA process.

When she inquired about RCIA, Forest admits it was for the sake of her son, and she initially resisted the invitation of Laura Noyes, RCIA coordinator at the parish, to consider becoming Catholic herself.

“My nervousness was because I didn’t know what it was all about,” Forest said. “As I listened and learned, though, and we prayed and discussed things during the sessions, it began to make more sense. I realized I wanted to know more, not just to be able to answer Tyler’s questions, but also for myself.”

Last Christmas Forest decided she was ready to make the decision to become Catholic — a decision her husband, who is currently a non-practicing Catholic, has supported while also demonstrating a genuine interest in what she has been learning.

Forest said the RCIA process has been beneficial on many levels. “I have a better understanding of the Catholic faith now and how it applies to everyday life,” she noted. “I’ve always tried to do the right thing but didn’t have the guidelines. Now I do. I’ve also learned to look at people differently and treat them with more patience and understanding.”

Noyes said Forest’s experience has demonstrated for her how “God’s spirit touches the hearts of the inquirers. It’s evident that her relationship with God is growing into an intimate and beautiful friendship.”

Forest is looking forward to a further deepening of that relationship and her Catholic faith after she is received into the church at Easter Vigil, and is eager to share what she has learned with her son.

“Tyler and I can learn and grow in our faith together,” she said.

Jeff Bossman got a ‘wake-up call’ from God

New to the faith, a mother helps her family’s grow 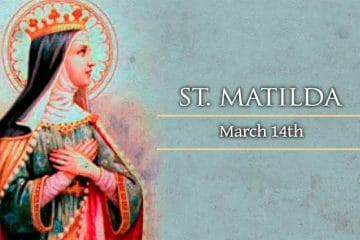