November 26, 2022 The Catholic Telegraph
Home»Commentary»A Question of Faith: What did Jesus mean when He called himself ‘Son of Man’?
Commentary

A Question of Faith: What did Jesus mean when He called himself ‘Son of Man’?

When Jesus spoke of himself and His mission, He often referred to himself as “Son of Man.” In the Gospels, He uses the term more than 80 times, especially as recorded in the Gospel of Matthew where 30 instances are found. It is also a term found in the Old Testament.

At first glance, “Son of Man” may seem to highlight Jesus’ human nature, just as “Son of God” emphasizes His divinity. How-ever, the meaning of “Son of Man” is more complicated. “Son of Man” brings together His identity as Messiah and as one who was to suffer for others, drawing from the Jewish tradition’s use of the term.

“Son of Man” would have been known to many of Jesus’ Jewish listeners since it is found dozens of times in the Old Testament, especially the Books of Ezekiel and Daniel. Its use in Scripture is not always consistent but indicates a role in redemption. “Son of Man” has had various uses and meanings. In Daniel 7, for instance, the phrase seems to refer to an individual person: “one
like a son of man” who is given everlasting dominion over the nations (verses 13-14). Elsewhere, it is a more generic reference to the triumph of the people of Israel over their enemies.

In the context of Jesus, “Son of Man” seems to relate to Jesus’ self-designation and understanding of being the Messiah (though sometimes in a hidden or “secret” way). In the Gospel of John,
a bystander asks Jesus this very question: “Who is this Son of Man?” (12:34). Jesus, however, does not give a clear answer. He instead refers to himself differently: as the light. In Matthew 16, however, He is more explicit. When He asks His disciples, “Who do people say that the Son of Man is?” (16:13), Jesus affirms the response of Peter: “You are the Messiah, the Son of the living God” (16:16).

Surprisingly, the term that might appear to highlight Jesus’ humanity emphasizes His identity as Son of God and Messiah. But it does so in a veiled way by both revealing and concealing who He is – as He often did as recorded in the Scriptures. It allows Him to suggest, but avoid, using the terms others applied to him – Messiah, the Christ, or Son of God – and which we believe are correct names for Jesus. Yet He does not avoid using the term “Son of Man.” He says of himself, “You will see the Son of Man seated at the right hand of Power, and coming with the clouds of heaven” (Mark 14:62), and “No one has gone up to heaven except the one who has come down from heaven, the Son of Man” (John 3:13).

These lofty notions of “Son of Man,” however, do not preclude other meanings. The Gospels depict Jesus as humble and reserved. The use of the more subtle term, “Son of Man” (as compared to Son of God), is not surprising. The phrase helps indicate Jesus’ self-understanding of His relationship to humanity: as suffering servant as found in the Book of the Prophet Isaiah and in the Gospels, for instance, when Jesus predicts: “The Son of Man must suffer greatly” (Mark 8:31; Luke 9: 22)

“Son of Man” helps highlight the identity of Jesus as one who has come to give up His own life and in doing so give life to others. For as Jesus said in the Gospel of Mark: “The Son of Man did not come to be served but to serve and to give His life as a ransom for many” (10:45).

A Question of Faith: What did Jesus mean when He called himself ‘Son of Man’? 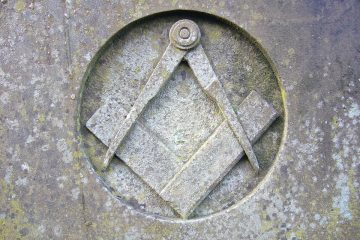