The nation’s first basilica sustained fire damage amid the Minneapolis riots that have crippled the city after the death of George Floyd, a black man who was killed by a police officer May 25.

“The Basilica of Saint Mary did withstand minor damage yesterday. No one was injured in the incident. At the time we pray for peace and healing in our city,” a spokesperson for the basilica said in a statement issued May 30.

The basilica church was dedicated in 1914, as a pro-cathedral for the Archdiocese of St. Paul and Minneapolis. It was designated a minor basilica by Pope Pius XI in 1926, the first church in the country to be so designated.

Photos posted on social media purport to show several fire damaged pews inside the basilica. While the photos do seem to match the appearance of the church’s interior, a basilica spokeswoman told CNA she could not comment on the photos or verify their authenticity.

Mae Desaire, communications director at the basilica, told CNA that the church is focused on praying for the city.

“Our damage in comparison to what is going in the city is really just minimal, and we’d really like to focus on that,” Desaire told CNA.

The basilica will livestream a “Pentecost Evening Prayer for Justice and Peace” Sunday evening, at 5:30pm Central.

Desaire said the basilica’s security personnel will be working with a police investigation into the matter, and with the church’s insurance provider to plan for repairing the damage.

Buildings across the Twin Cities have burned or been destroyed, after protests responding to Floyd’s death have turned into several nights of rioting and looting. Both peaceful demonstrations and riots have taken place in dozens of other cities across the country.

St. Mary’s Basilica is located near the Minneapolis downtown, and more than a mile from the center of the riots in that city. 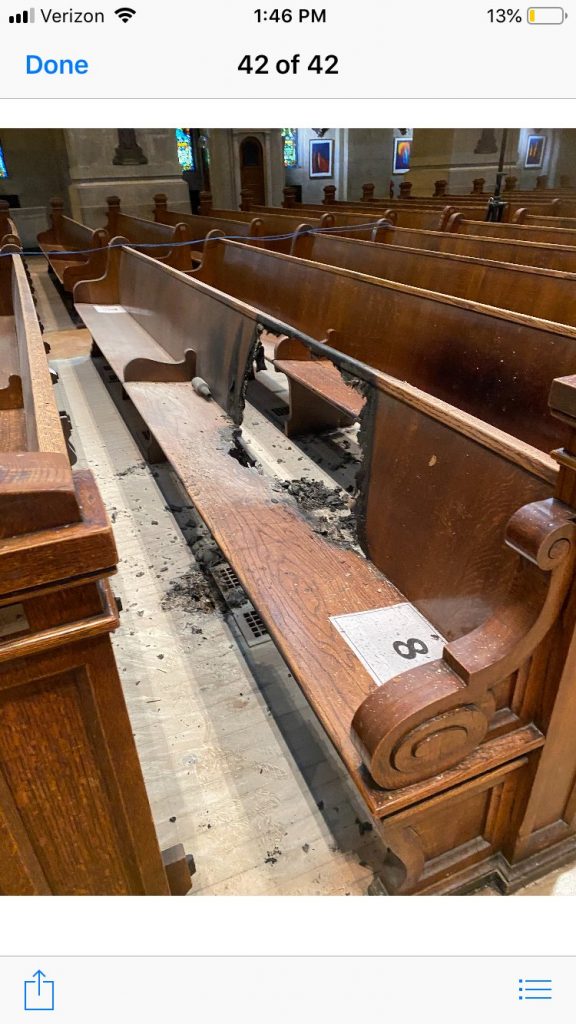 LIVE: First Vespers for the Solemnity of the Immaculate Conception: Monday, December 7 at 7:30 pm 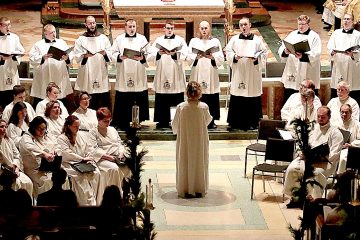