The Catholic Telegraph 2010-11-23
The Catholic Telegraph / November 23, 2010 / 866
0
Shares
Facebook Twitter Pinterest WhatsApp
Nov. 22, 2010
By David Eck
ARCHDIOCESE — Catholics in the Cincinnati archdiocese will have the opportunity to support elderly and frail Catholic nuns, brothers and religious order priests by participating in the annual Retirement Fund for Religious Dec. 11-12.
The archdiocese contributed $800,000 to the national collection in 2009. One of the most successful Catholic appeals ever, the fund collected  $28.1 million last year and $617 million since its creation in 1988.
Money from the fund is used to support the day-to-day care of older religious.
Financial assistance is given based on a religious community’s size and need.
“The people have supported this,” said Sister of the Precious Blood Mary Garke, archdiocesan coordinator for the fund. “The need is not going to go away for a while.”
While contributions are generous, many religious communities still lack adequate retirement savings for their older members. Sisters and other religious for decades received little pay for their work and few, if any, retirement benefits. They were unable to participate in Social Security until the 1970s, and then their benefits were calculated on their small incomes. In addition, the communities typically absorbed the cost of educating their members, many of whom earned advanced college degrees.
Compounding the issue is the increasing number of aging religious and fewer younger members working in ministries that pay a salary. Many dioceses and employers today pay religious the same rate as their lay employees.
“It basically caught up with us,” Sister Mary said. “Nobody demanded [better pay] earlier.”
In the Cincinnati archdiocese the Retirement Fund for Religious provides support to several communities, including the Ursulines of Brown County, the Sisters of Notre Dame du Namur and the Order of St. Clare. Some communities choose not to participate in the fund because they have adequate resources.
“Some congregations really depend on it,” Sister Mary said. “It definitely plays a role.”
The Poor Clares, based in Mount Healthy, receive about $2,000 each year from the fund. The local community has 10 members, nearly half of them over age 65.
“Everything’s a help,” said Poor Clare Sister Anna Covely. “It just helps us set up the retirement fund so that when we get to the point where we need nursing care that will be something to draw on. It gives us a chance to start saving.”
In addition to financial assistance, the fund provides resources for financial planning for the communities. Financial workshops are also available, Sister Anna said.
The Ohio province of the Sisters of Notre Dame de Namur, based in Cincinnati, receives about $120,000 each year from the national fund. The money goes straight into a retirement account to help offset the community’s $4.5 annual cost of caring for aging and frail Sisters.
The community has 138 Sisters over the age of 70, and 56 of them need either assisted or skilled care. There are 173 Sisters in the Ohio province.
“We are totally responsible and have always been autonomous for the financing of the order,” said Sister Notre of Dame de Namur Carol Lichtenberg, provincial.
“These funds are like a benefit, a big gift every year.”
In addition to contributions such as those from the retirement fund, the Sisters use Social Security income, Medicare reimbursement and savings to cover the cost of health care. The Sisters have taken advantage of financial planning seminars to make sure they are not wasting money and have improved their use of government reimbursement, Sister Carol said.
When promoting the collection, she stresses that there is no automatic reservoir of money that can be used for the care.
“We’re making up for the omissions of the past,” she said. “Sisters are not demanding. The vow of poverty is still a part of life and the biggest costs are nursing services.”
The Ursuline Sisters of Brown County currently has 28 members, more than half of whom are age 70 or older. While most of the Sisters are still active in ministry, they typically don’t earn a salary.
“The income that we have is limited and we depend to a great extent on our saving and the donations of generous people,” said Ursuline Sister Agatha Fitzgerald, the community’s director of development. “This is a great advantage to us to participate in this national fund.”
The financial assistance is invested and used as needed, she said.
With a rich tradition in education, the Ursulines of Brown County sponsor Ursuline Academy and have worked in several parish schools over the decades.
That connection with tens of thousands of former students helps drive contributions to the fund.
“I think the Catholic population remembers the Sisters who taught them with affection and gratitude,” Sister Agatha said. “Seeing that the Sisters have a need, they are anxious to respond appropriately. They want to do something for the Sisters.”
Previous post 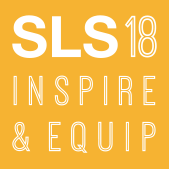