In a new pastoral letter, San Francisco Archbishop Salvatore J. Cordileone identifies a common thread linking abortion, homelessness, and the urgent need for Eucharistic revival among Catholics: a challenge to look beyond outward appearances and see “the deeper spiritual reality.”

“As political issues, homelessness and abortion are treated as separate things. But with the Catholic sacramental sense we can see that whether we are speaking of the unhoused or the unborn, the underlying issue is the same: Can we see beyond the merely material to the deeper spiritual reality?” Cordileone said.

“What we Catholic bishops and other leaders must seek is not just words on a page,” he added, “but a profound Eucharistic revival, which requires a renaissance in the Catholic sacramental imagination.”

Cordileone released the letter to CNA Friday in advance of a Requiem Mass For The Homeless he will preside over on Nov. 6. The archbishop has celebrated a special Mass for the homeless annually since 2018. In February, Cordileone announced his support for a “Year for the Homeless” initiative launched by the Benedict XVI Institute for Sacred Music and Divine Worship, which will coordinate this year’s liturgy.

The letter also comes just weeks before the fall general assembly of the U.S. Conference of Catholic Bishops, held Nov. 15-18 in Baltimore, where consideration of a new document on Eucharistic revival will be one of the chief items on the agenda.

In June, after extensive debate, the USCCB voted to begin drafting the document, titled “The Meaning of the Eucharist in the Life of the Church.” Much of the discussion centered on the reception of Communion by pro-abortion Catholic politicians such as President Joe Biden and House Speaker Nancy Pelosi.

Recently, Cordileone spoke out against politicians who are in favor of abortion and taxpayer support for abortion. In an op-ed published in the Washington Post, Cordileone pushed back against recent statements by Catholic politicians who denounced a state law in Texas that prohibits abortions after six weeks of pregnancy.

Cordileone is also actively supporting the “Rose and Rosary for Nancy” campaign through the Benedict XVI Institute, which calls for the ideological conversion of the House speaker, whose congressional district is in Cordileone’s eccelesial territory.

“When politicians pontificate about abortion as a choice or even a human right, do we see beyond the rhetoric to the ugliness of what they propose: the deliberate snuffing out of innocent lives, each one of them unique, irreplaceable and loved by God?” Cordileone said in his pastoral letter.

“The two things are intimately connected: reverence for the sacred Eucharist and reverence for human life where it is most vulnerable and defenseless.”

Cordileone’s letter references the 2007 Aparecida document, in which the term “Eucharistic coherence” is used to explain why public servants, such as government officials and health care workers who act to encourage “abortion, euthanasia, and other grave crimes against life and the family” cannot receive Holy Communion.

Then-Archbishop of Buenos Aires, Cardinal Jorge Mario Bergoglio, who is now Pope Francis, was a chief architect of the 2007 Aparecida.

“Pope Francis rightly reminds us bishops to think and speak as pastors, not as politicians: it is souls that are at stake, not elections,” Cordileone said in the letter. “Lost sheep are to be lovingly called to return to the fold, not angrily denounced in the way that would imitate so much of the animosity of our political culture.”

Cordileone said he is less concerned with the “conflicts the media likes to project,” and would rather focus on reinforcing the “unity of Church teaching, grounded in the Catholic sacramental sense.” He emphasized that every Mass is a miracle, and asked if “we see beyond the appearances of bread and wine to the reality of Jesus Christ offering Himself for us?”

He also asked if priests are celebrating the Mass in a way that “makes this supernatural reality visible to the flock” they lead.

Cordlieone will offer the Requiem Mass for the Homeless for the eternal repose of those who died on the streets and to demonstrate “profound respect for the equal dignity of every human life.” The Mass, which is a ticketed event, will be held at the Cathedral of Saint Mary of the Assumption in San Francisco, and will include the Benedict XVI Choir and Orchestra.

“Let us remember that their dignity, like our own, is not ultimately rooted in abilities, intelligence, usefulness, wealth, power, or physical attractiveness,” Cordelione said. “Let us see beyond the accidents of birth, ability, position and the like to the reality of who we are, including the unhoused and the unborn: beloved children of the living God.”

Archbishop Cordileone to hold ‘Rosary for Peace’ on Election Day 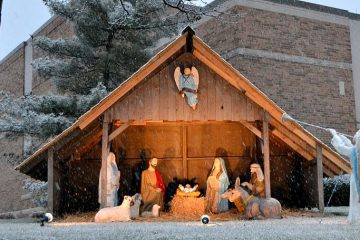