Vatican City, Jan 14, 2020 / 05:58 am (CNA).- Archbishop Georg Ganswein, the private secretary of Pope Emeritus Benedict XVI, said Tuesday the former pontiff was not informed he would be presented as co-author of a new book on priestly celibacy and that Benedict has asked for his name and photo to be removed from the cover.

According to the German-language news agency KNA, Ganswein said Jan. 14 that he had called Cardinal Robert Sarah that morning, at Benedict’s request, to ask the book’s publisher to remove the signature of the pope emeritus from the introduction and conclusion, because he had not co-authored them.

Ganswein said that the chapter in the main part of the book is, however, “100 percent Benedict,” according to KNA. “It was a misunderstanding – without questioning Cardinal Sarah’s good intentions,” Ganswein said.

The book, “From the Depths of Our Hearts,” is to be released in the United States in February, and will consist of chapters written individually by Benedict and Sarah, as well as an introduction and conclusion reportedly credited jointly to them in the French edition, although the text has not yet been published. Its French release is scheduled for Jan. 15.

Ganswein said that Benedict wrote the text on priestly celibacy included in the book during the summer of 2019, that he freely gave it to Cardinal Sarah at his request, and that he knew it would appear in a book. He said the pope emeritus was not informed of the plan for the actual form and layout, according to KNA.

Sarah, prefect of the Congregation for Divine Worship and the Discipline of the Sacraments, Vatican’s liturgy office, sent a tweet in the early afternoon in Rome Jan. 14 saying future editions of the book will list him alone as author with a contribution by Benedict XVI, “however, the full text remains absolutely unchanged.”

Approximately two hours prior, Sarah had tweeted a communique claiming Benedict was sent a “complete manuscript” of the book on November 19, comprised of the cover, the common introduction and conclusion, and their individual texts, which would seem to be at odds with Ganswein’s statement.

In the same statement, Sarah said Benedict sent a message November 25 agreeing for the manuscript to be published in the form proposed.

Cardinal Sarah then retweeted the same communique later in the afternoon, stating that “This press release remains my one and only version of the development of the facts.”

The previous day, on January 13, Sarah tweeted a series of letters from Benedict XVI, that seemed to affirm that the pope emeritus wrote the chapter attributed to him and authorized its publication. The letters also seemed to indicate that Sarah had edited the text provided by Benedict, with the pope emeritus’s full approval.

In the book, Benedict and Sarah argue that priestly celibacy is not merely an optional feature of Church life today, but an ontological necessity for the priesthood.

Residents fear what may come next after quakes, archbishop says 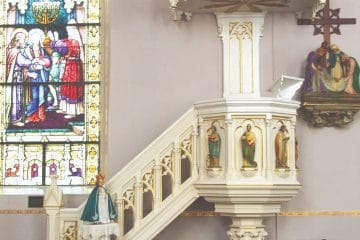