Los Angeles, Calif., Dec 11, 2019 / 03:50 pm (CNA).- As Pope Francis prepares to celebrate the 50th anniversary of his ordination to the priesthood Friday, Archbishop Jose Gomez of Los Angeles, president of the U.S. bishop’s conference, is asking Catholics throughout the country to pray for the Pope.

“In honor of Pope Francis and in celebration of his service to the Church, I would ask that you consider encouraging the faithful in your dioceses to mark the Holy Father’s jubilee with special prayers for him in his priestly ministry,” Gomez said in a letter sent to U.S. bishops Dec. 5.

Jorge Mario Bergoglio was ordained a priest of the Society of Jesus Dec. 13, 1969, in Buenos Aires. Four years later, he made his final profession of vows, and he was elected to the papacy March 13, 2013.

“May Jesus the High Priest continue to renew, increase, and strengthen in Pope Francis the graces received at his ordination as he continues to carry his priestly ministry in service to our Holy Church,” Gomez added.

Attached to the letter to bishops were prayers for the Pope to be said during Mass or the Liturgy of the Hours for Pope Francis. The attachment also included a note that while Dec. 13 is normally celebrated as the memorial of St. Lucy, the Roman Missal allows the celebrant of a Mass to use one of the Masses for Various Needs on this day, if “some real necessity or pastoral advantage requires it.”

“In the first section of these Masses (the Masses For Holy Church), the second Mass is For the Pope and would be appropriate to use in honor of the fifty years of priesthood of Pope Francis,” the attachment notes.

Pope Francis’ 50th ordination anniversary is also being commemorated with two Vatican stamps of the pope; one a painting of a young Fr. Bergoglio, and the other a painting of him as Pope Francis. 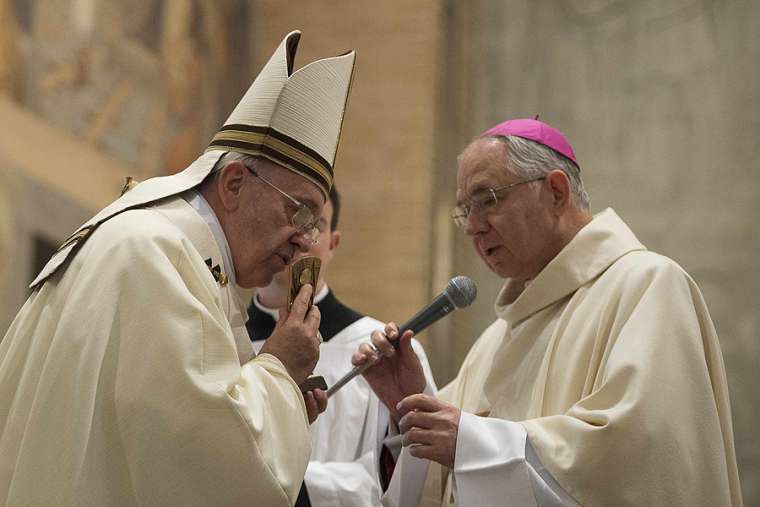 Our Lady of Guadalupe is 'mother of us all,' says Los Angeles archbishop