Louisville, Ky., Jul 10, 2019 / 12:15 pm (CNA).- Archbishop Joseph Kurtz requested prayers Wednesday as he announced that he has been diagnosed with bladder cancer and will soon undergo treatment. The Archbishop of Louisville announced he will be out of the archdiocese for three months while he receives treatment.

“I have been diagnosed with urothelial carcinoma in my bladder and prostate and will take part in a treatment plan that includes immunotherapy and chemotherapy for at least 12 weeks,” said Kurtz in a statement posted on the Archdiocese of Louisville website July 9.

After undergoing chemotherapy, Kurtz said that he will have his bladder and prostate surgically removed. His diagnosis came after several months of health problems and medical tests.

Kurtz, who served as president of the United States Conference of Catholic Bishops from 2013 to 2016, said that he is “very grateful” to his oncologist Dr. Dan George and the rest of his team at the Duke University Cancer Institute, and that he has “good cause for optimism.”

“I feel well, and with the encouragement of Dr. George, I have remained active during this time,” said the archbishop said. He will be staying in North Carolina throughout his treatment, but will be in contact with officials from the archdiocese while he is away.

Kurtz said that Archbishop Christoph Pierre, the apostolic nuncio to the United States, is aware of his illness and imminent absence from his archdiocese, and is “supportive of the plan I have developed.”

“Needless to say, I will miss the many opportunities I have to visit parishes and talk with so many of you at upcoming events this summer and fall,” he said. “You will be in my prayers. Please keep me in yours.”

According to the American Cancer Society, urothelial carcinoma is the most common form of bladder cancer. The five-year relative survival rates for all stages of bladder cancer is 77 percent. 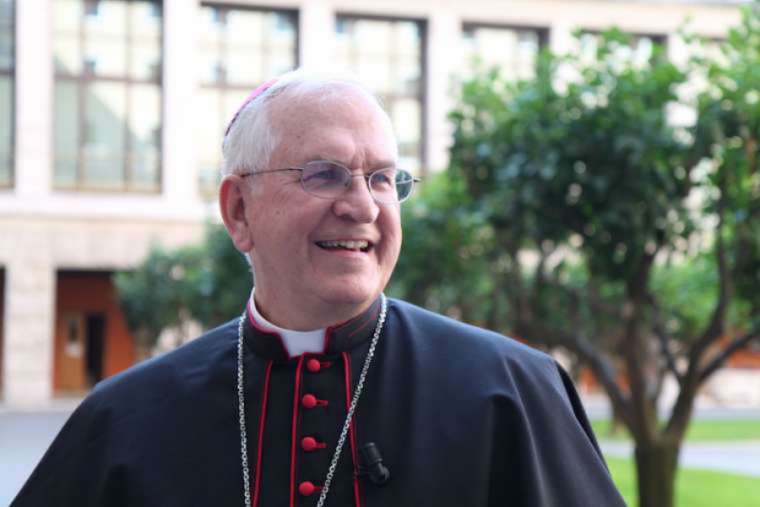 Smithsonian inquiring about drawings made by children at Catholic center

Reflection of USCCB President on Death of Pope Benedict XVI