A group of California high school students and their families are among those Americans currently trapped in Afghanistan, and the archbishop of San Francisco is pleading for prayers for their safe return.

A number of students from the Cajon Valley School District, near San Diego, were in Afghanistan for a summer experience when the Taliban seized control of the country on Aug. 15.

According to the most recent update from the school district on Friday morning, there are, “to the best of our knowledge,” 14 Cajon Valley Union students and eight parents who remain stranded.

“I ask for your prayers that these American children will be rescued from grave danger, along with their parents and chaperons. In dark and dangerous times, Christ Jesus gives us the courage to hope,” Archbishop Salvatore Cordileone of San Francisco wrote in an Aug. 25 message.

Cordileone also requested prayers for a San Francisco-area charity that operates in Afghanistan, and which is facing a similar uncertainty about staffers’ escape back to the United States. Roots for Peace, a group based in San Rafael that does agricultural charity work in Afghanistan, saw its compound overrun by the Taliban, he said.

More than 350 Afghan employees are stranded and the organization has been given “hours” to get them out of the country, according to the charity’s founder Heidi Kuhn.

“For all Catholics, I am requesting your urgent prayers to Our Lady of Sorrows on behalf of these workers. This is just one tragedy of many that will unfold as Christians along with Muslim Afghans who worked with Americans are targeted by the Taliban,” Cordileone urged.

Militants with the Taliban, an Islamic extremist group, seized control of Afghanistan’s capital of Kabul on Aug. 15. The group’s rapid advance came as many Afghan civilians and U.S. citizens sought to leave the country before the complete withdrawal of U.S. and other forces.

At least tens of thousands of people are still reportedly looking to leave Kabul in the coming days.

“The crisis unfolding in Afghanistan as we speak is unspeakably sad and horrifying,” Archbishop Cordileone said. “It is also unspeakably urgent that we call in solidarity for action by the U.S. government to protect these people.”

Amid the chaos, 13 U.S. service members and scores of Afghans have been killed in the past two days in two suicide bombings carried out by ISIS in Khorasan outside Kabul’s airport, the Pentagon has confirmed. The death toll of the bombings according to the Afghan health ministry is at least 170 people, CBS News reported.

An official at Roots of Peace confirmed to CNA on Friday that no members were injured or lost in the explosions, but that there had still been no “breakthroughs” in evacuating members from Afghanistan.

Numerous U.S. bishops have spoken out on the situation in Afghanistan and urged Catholics to pray and contribute aid. The U.S. bishops’ conference tweeted on Thursday, “Let’s take a moment to pray for those who have lost their lives at the #Kabul_Airport this morning, including several U.S. citizens. Eternal rest grant unto them, O Lord, and let perpetual light shine upon them. Amen.”

The conference also shared a link where Catholics can offer aid to incoming Afghani refugees.

Archbishop Timothy Broglio of the Archdiocese for the Military Services, USA said he received news of the bombings while in San Diego for an archdiocesan convocation.

“I immediately joined the assembled priests to pray for the repose of their souls and the consolation of their families,” he said on Friday of the slain U.S. service members. “Together we beg the Prince of Peace for a time of dialogue and a profound respect for the priceless value of human life.”

Archbishop William Lori of Baltimore condemned Thursday’s attacks, tweeting that he was “heartbroken by the increasingly violent events occurring in Afghanistan and the senseless loss of precious life.”

“Acts of terror are an attack against all of us and have no place in a civilized or just society. Please, I urge the members of our Archdiocese of Baltimore to join Our Holy Father, Pope Francis and our global community to pray for peace and an open dialogue that creates a path to solutions not more death and suffering.”

Cardinal Blase Cupich tweeted Thursday: “Let us pray for all involved in the attack outside the Hamid Karzai International Airport in Kabul, Afghanistan today. May our thoughts and prayers give their families and loved ones the strength needed during this difficult time.”

The New York Catholic Conference tweeted: “Please join us in praying for the U.S. service members and all who were killed or injured in today’s horrific terrorist attacks in #Kabul.”

Bishop Michael Burbidge of the Diocese of Arlington, Virginia tweeted: “I ask all Catholics and people of good will to pray for those killed in Kabul and all injured in today’s devastating attack. May their families know God’s healing love at this challenging time. Pray also that this developing situation finds peaceful resolution.”

Bishop Joe Vasquez of the Diocese of Austin invoked the intercession of St. Thomas the Apostle, patron saint of Afghanistan, praying that “our brothers and sisters be comforted, and may their physical, mental, and spiritual wounds be mended through our Lord Jesus Christ.”

Afghanistan is over 99% Muslim, with the majority being Sunni. There are small groups of Christians, estimated to total between 10,000 and 12,000 people, including about 200 Catholics. Buddhists, Hindus, and Baháʼís also reside in the country, along with one Jewish man.

The Taliban previously controlled Afghanistan from 1996 until 2001. imposing a strict interpretation of Sharia law. Converting from Islam, seen as “apostasy” under Sharia, is a crime punishable by death.

Many Christians suffered harassment and intimidation in Afghanistan even before the Taliban takeover; converts to Christianity are the frequent target of Islamic extremist groups. Christians in the country fear that Taliban attacks on Christian communities, including “mafia-style killings,” will start soon.

In 2019, some church leaders in Afghanistan— about 30 in total— agreed to change their religious affiliation to “Christian” on national identity cards which all Afghans are required to carry. Government records thus now identify them as Christians, making them targets for Taliban harassment, World reported.

Representatives of aid organizations and others told CNA Wednesday that Afghan Christians and others whose names appear on U.S. government lists of qualified evacuees are being turned away at the airport in Kabul.

my life was almost VERY different 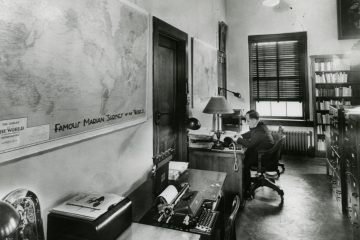