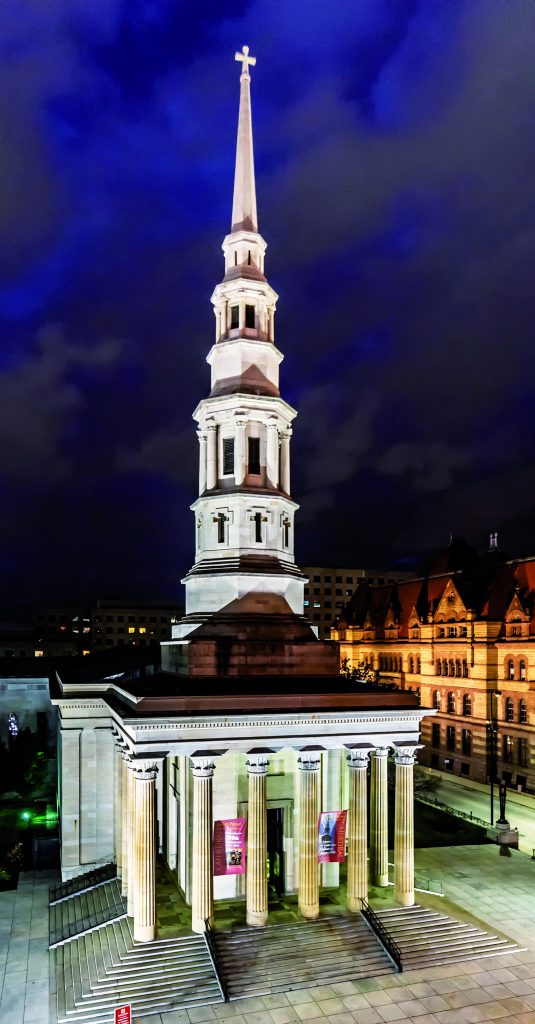 For its 175-year history, the Cathedral of St. Peter in Chains in Downtown Cincinnati has stood as a testament of the faith of Catholics in the archdiocese. The impressive Greek Revival structure, located at the intersection of Eighth and Plum Streets, is dedicated to the imprisonment and liberation of St. Peter.

Its recent designation as a Minor Basilica, the first in the Archdiocese of Cincinnati, is both an honor for the region and reason for the local faithful to celebrate, said Father Jan Schmidt, rector since 2017. “It’s the quality of the cathedral’s structure, the absolute beauty of its architecture, and the biblical symbolism throughout that make it very important and very special for the archdiocese and in the American Catholic scene,” he said. “I also have a deep love for the cathedral personally. It was my father’s parish, my parents were married there and, as a seminarian, I lived there while ministering in Over-the-Rhine.”

It’s important to understand the difference between a cathedral and a basilica, Father Schmidt noted. A cathedral is the home church for the bishop or archbishop of a Catholic diocese, and takes its name from the Latin word “cathedra,” meaning “seat” or “chair.” A basilica is an important church building designated by the pope for its special spiritual, architectural and/or historical significance. It shares a special relationship with the See of Rome and with the Holy Father.

The cornerstone for St. Peter in Chains was laid on May 20, 1841, under the leadership of Bishop – later Archbishop – John Baptist Purcell. Henry Walter designed the cathedral’s exterior. It was formally dedicated on Nov. 2, 1845. Its striking single spire, constructed of pure white limestone and soaring 220-feet above street level, was the tallest man-made structure in the city for many decades. The cathedral’s interior is dominated by a large mosaic portraying three scriptural events from the life of St. Peter. It’s eclectic architectural and design style also incorporate artistic inspiration from diverse sources, including Art Deco, Ancient Greek, Eastern Christian and early Roman Christian basilica architecture. A renovation of the structure, overseen by Edward Schulte, was completed in 1957.

Visitors to Cincinnati, who may expect a Gothic-style cathedral, are surprised to see a structure that resembles a government building.

“Bishop Purcell was very insightful about that,” Father Schmidt explained. “Amid the anti- Catholicism of the time, he wanted the cathedral to be a statement that the Catholic Church was a permanent institution on American soil and that Catholics were just as American as the Protestant population.”

The application process to become a basilica is detailed and lengthy, said Father Schmidt; in the case of St. Peter in Chains cathedral, it was more than two years. In order for a church to be considered for the designation, it must meet six requirements: have an active pastoral liturgy (meaning the sacraments are celebrated regularly throughout the year); be of an appropriate size and have a sufficiently large sanctuary; have historical significance; have an adequate number of priests to celebrate the sacraments; have a sufficient number of lay ministers; and have an adequate schola of scared music.

Upon determining the cathedral met all the requirements Father Schmidt gathered a committee of staff members and others from the archdiocese who compiled a 240-page document, including responding to more than 100 specific questions from the Vatican. After review by Archbishop Dennis M. Schurr, the proposal was sent to the United States Conference of Catholic Bishops (USCCB) and, ultimately, to the Congregation for Divine Worship and the Discipline of the Sacraments in Rome.

A Mass to mark the designation will be Saturday,  November  7 at 11:30 a.m. in a combined celebration with the cathedral’s 175th anniversary, he said. The liturgy will be open to the people of the archdiocese and will also be live- streamed.

Two major symbols that indicate a church is a minor basilica will be processed in and installed during the ceremony.

The Ombrellino, “little umbrella,” is in basilicas worldwide, signifying the structure’s close ties with the Holy See. The silk canopy is designed with stripes of red and gold, which are the traditional papal colors. During the Middle Ages, the Ombrellino was carried above the pope during processions. Once placed in the cathedral’s sanctuary, it will remain partially opened. The Ombrellino would only be fully opened in the event of a visit from the Holy Father.

The Tintinnabulum is essentially a bell, or, in the case of a cathedral, three bells, mounted on a pole that signifies the church’s link to the pope. It was used during the Middle Ages and Renaissance periods to alert the people of Rome to the arrival of the pope during papal processions. The Tintinnabulum will also be in the sanctuary, where it can be used during other celebrations. 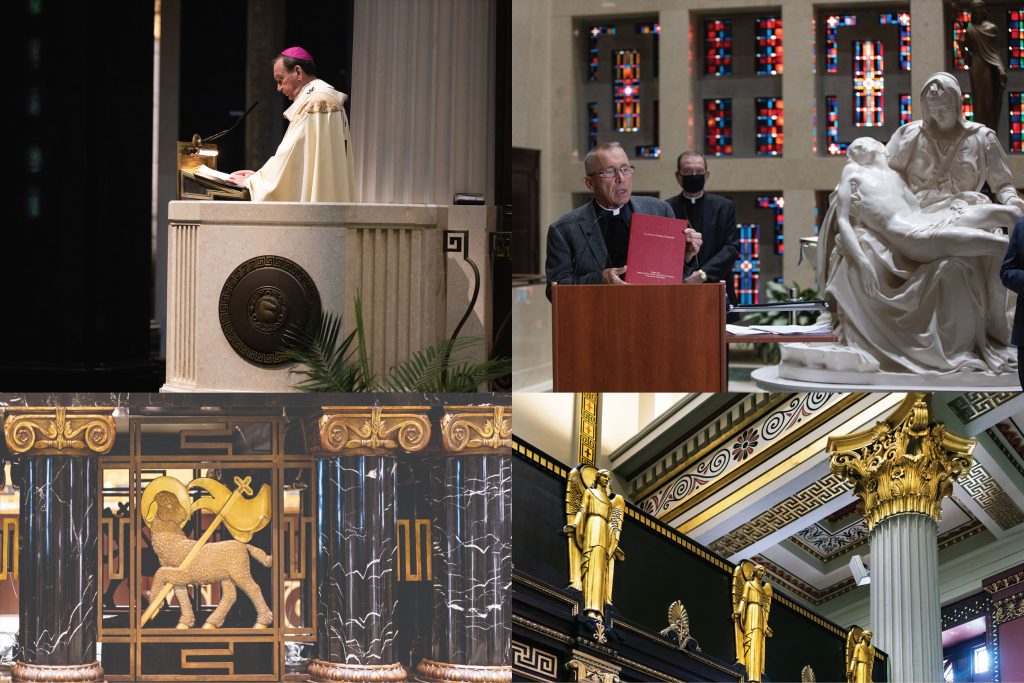 Pope Francis to new cardinals: May the cross and resurrection always be your goal 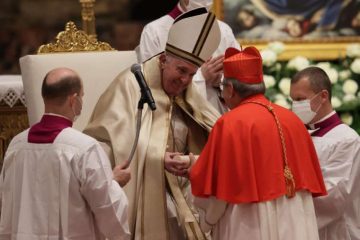