The following statement was issued Friday afternoon by the Archdiocese of Cincinnati in response to inquiries regarding Pope Francis’ comments aboard the papal flight from Mexico to Rome on Feb. 17.

During the the flight, the Holy Father answered questions from reporters, including a question about the potential immigration policies of U.S. Republican Presidential Candidate Donald Trump.

See the Catholic News Service story on the Holy Father’s response to that question HERE.

See the full transcript of the in-flight interview HERE.

The Archdiocesan statement begins below.

Following his apostolic journey with the people of Mexico to whom he reiterated the Catholic Church’s long held concern for the plight of migrants, Pope Francis was asked a question from a reporter about one U.S. political candidate’s position on immigration policy.

“As he often does when asked such specific questions to which he would not know the context, the Holy Father used the opportunity to provide instruction about what Christian discipleship entails for all of us,” explained Tony Stieritz, Director ot he Archdiocesan Office of Social Action.

“He made a general observation that it is not consistent with the Gospel of Jesus Christ to only think of building walls and not bridges – of only separating people and not drawing them closer together in love and solidarity,” Stieritz said.

“This is the calling of all baptized Christians, Stieritz said. “The Vatican has affirmed that it was not the aim of the Holy Father to declare judgment on the specific candidate mentioned in the set-up by the reporter. Nor did the Pope wade into the fray of U.S. electoral politics through a personal attack.”

“Rather than be drawn into a media frenzy, we hope that all Christians and people of good can find insight in the Holy Father’s comments,” Stieritz said. “We are all being encouraged to build bridges instead of walls in our society and in our own personal lives.”

Building walls to keep immigrants out is not Christian, pope says 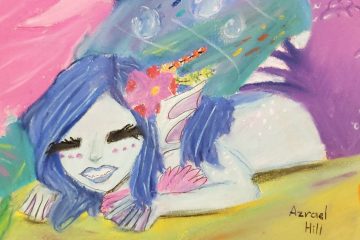