The Archdiocese of Cincinnati will celebrate the Catholic Church’s 49th World Day of Peace with two special Masses on Friday, Jan. 1.

Archbishop Dennis M. Schnurr will preside at 11 a.m. at the Cathedral of St. Peter in Chains in downtown Cincinnati. Auxiliary Bishop Joseph R. Binzer will preside at St. Albert the Great Church in Kettering, also at 11 a.m. Both Masses will be followed by a reception with light refreshments.

Catholics around the globe have celebrated New Year’s Day as World Day of Peace since 1968. Pope Francis has announced the theme this year as “Overcome indifference to win peace.” The Vatican explains: “Indifference in regard to the scourges of our time is one of the fundamental causes of the lack of peace.”

Both Masses will have a special procession highlighting the corporal and spiritual Works of Mercy.

To feed the hungry – Bread for the World
To give drink to the thirsty – Clean Water Project
To clothe the naked – St. Vincent De Paul
To shelter the homeless – Habitat for Humanity
To care for the sick – Little Sisters of the Poor
To visit the imprisoned – HELP Program
To bury the dead – Gate of Heaven Cemetery
To share knowledge – Catholic Inner-City Schools Education Fund (CISE)
To give advice to those who need it – Healthy Moms and Babes
To comfort the suffering – Catholic Charities Southwest Ohio/Su Casa
To be patient with others – Climate Change Task Force
To forgive those who hurt you – Retrouvaille
To give correction to those who need it – A four generation family
To pray for the living and the dead – Bereavement, Family and Respect Life Office

At these Masses during this Jubilee Year of Mercy, the local Church will celebrate the prophetic work of local ministries that overcome indifference and fulfill the corporal and spiritual works of mercy through service and social justice. The Masses are co-sponsored by the archdiocesan offices of Catholic Social Action, Worship, and Mission.

Jan. 1 is also a Holy Day of Obligation for Catholics as the Solemnity of Mary, Mother of God.

University of Dayton hosts First Four in the NCAA Tournament 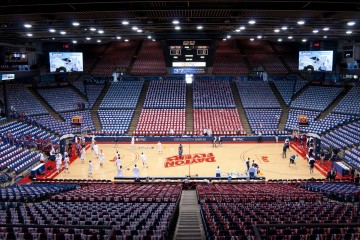