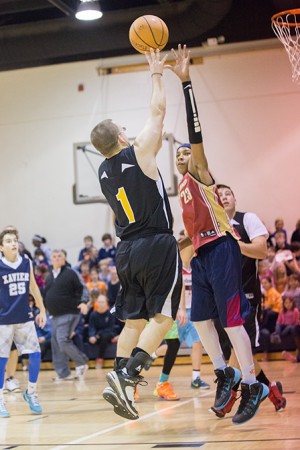 Ordinarily, it wouldn’t be seen as positive news for a group of college-aged men to beat junior high students in a game of basketball, but when the Minor Prophets play, it is always about the Good News.

(Scroll down for news from Seton, Badin, Chaminade Julienne and 40 Days for Life)

The Minor Prophets are the basketball team of Mount St. Mary’s Seminary of the West, the Archdiocese of Cincinnati seminary. The team plays against eighth graders from around the archdiocese, giving witness talks at halftime and spending time with the young men.

On Jan. 23 the Minor Prophets took on the eighth grade boys of Cardinal Pacelli school in Mt. Lookout and needed a pair of “miracle plays” to win.

Down by two with 1.6 seconds to play, the seminary’s Deacon Eric Wood made a game-tying layup. A one-minute overtime period was also close but the Minor Prophets’ Chris Geiger hit a 3-pointer from the top of the key to seal the win. 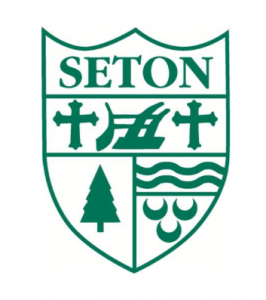 Seton High School has announced a transition to a president/principal administrative structure that will be implemented for the 2015-2016 academic year to guide an emerging academic vision and strategic plan. The Seton Board of Directors, with the guidance and support of current school leadership, has opted to embrace this model.

“The transition to a president/principal model expands the capacity of schools to successfully meet the increasing complexities of Catholic education” said Jan Neumann, Seton High School Board of Directors Chair. “This president/principal structure features shared authority and a division of administrative responsibility between two leaders working together to sustain, promote, and expand the mission and vision of Seton High School and the Sisters of Charity.”

The board will begin the search for a president for Seton High School immediately while making plans for transitional leadership within the school as a result of the retirement of current principal/CEO Donna Brigger at the end of the 2014-2015 academic year.

“We truly pray that this 40 Days for Life campaign will mark the beginning of the end of abortion in Greater Cincinnati,” said Mary Clark, Cincinnati campaign leader. “We will start both the Cincinnati and Sharonville campaigns with a kick-off in front of Planned Parenthood, 2314 Auburn Avenue, Saturday, February 14th at 10:00 a.m.”

The next 40 Days for Life campaign officially runs from Feb. 18 through March 29.

Chaminade Julienne Catholic High School will host a public event, “Living Out the Lessons of Sister Dorothy Stang” on Thursday, Feb. 19 at 7 p.m. in the CJ auditorium. The event will include a screening of the 35 minute documentary “The Student, The Nun & The Amazon,” that highlights her life’s work. The film will be followed by a reflection by Stang’s close friend, Sister Joan Krimm, SNDdeN and a quick overview of the 10 years since Stang was killed. Resources will be available, and guests are invited to stay for a reception.

Stang, a Dayton native, joined the Sisters of Notre Dame de Namur, SNDdeN, in 1948 and began her ministry in Brazil in 1966. She was assassinated in 2005.

Before her death, Stang received the Humanitarian of the Year award from the Brazilian Bar Association for her efforts to help local rural workers.

Berkely helped lead Badin to the 2014 Ohio Division III state soccer title, which was Badin’s second consecutive D-III state championship. She was the Rams’ leading scorer, with 14 goals and six assists, as the team finished a best-ever 20-1-1.

Berkely missed two weeks of the season (seven games) to train with the U.S. Soccer Under-18 women’s national team. In fact, she is there this week as well for a further training session. She carries a 4.03 weighted GPA and has verbally committed to play college soccer at Florida State University.

Around the Archdiocese is compiled from press releases and other submissions sent to The Catholic Telegraph. To be included in a future posting contact New Media Editor John Stegeman.