Washington D.C., Feb 4, 2021 / 10:00 am MT (CNA).- President Joe Biden condemned political extremism and urged Americans to “lift one another up” in remarks at the virtual National Prayer Breakfast on Thursday.

In brief taped remarks to the 69th annual National Prayer Breakfast, Biden–who is Catholic–addressed the ongoing COVID-19 pandemic, issues of racial injustice, and the Jan. 6 riot at the U.S. Capitol.

“For so many in our nation, this is a dark, dark time,” Biden said. “So where do we turn? Faith.”

“For me, in the darkest moments, faith provides hope and solace,” Biden said. “It provides clarity and purpose as well. It shows the way forward, as one nation with a common purpose to respect one another, to care for one another, to leave no one behind.”

Biden, who is just the second Catholic U.S. president, often speaks of the influence of his faith on his life.

White House press secretary Jen Psaki told EWTN News Nightly on Wednesday that these actions were simply “delivering on promises he [Biden] made on the campaign trail.”

As a candidate for president, Biden supported taxpayer funding of abortions, reversing his long-standing support of the Hyde amendment; that policy blocks the use of taxpayer funds to pay for elective abortions.

During his presidential campaign, Biden also promised to reinstate a policy that would require the Little Sisters of the Poor to provide coverage of birth control and abortifacients in their employee health plans; the act would effectively reignite a court battle with the sisters, who have said it would violate their religious beliefs.

Biden has also taken actions on racial equity, immigration reform and the environment that have been praised by U.S. bishops.

When asked by EWTN News Nightly on Wednesday if Biden will “use his faith to guide him in policy decision-making,” Psaki declined to answer directly; she noted that he attends church “nearly every weekend” and that going to church is important to him personally.

The prayer breakfast was held virtually on Thursday, due to the ongoing COVID-19 pandemic.

The event has occurred annually in Washington, D.C. since 1953, hosted by members of Congress from both parties and organized by the Faith Foundation.

In a statement last month, Biden and Vice President Kamala Harris marked the 48th anniversary Roe v. Wade decision. “The Biden-Harris Administration is committed to codifying Roe v. Wade and appointing judges that respect foundational precedents like Roe,” they said of the decision that legalized abortion.

“We are also committed to ensuring that we work to eliminate maternal and infant health disparities, increase access to contraception, and support families economically so that all parents can raise their families with dignity. This commitment extends to our critical work on health outcomes around the world,” the statement added. 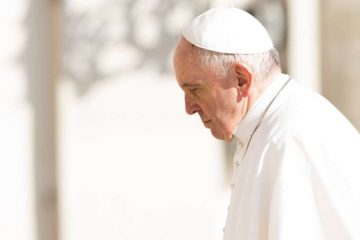