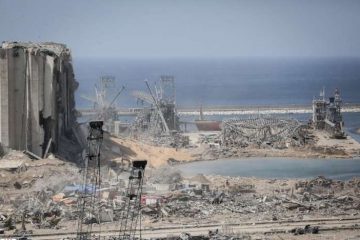 After Beirut blast, what some Lebanese Christians are doing to help their neighbors 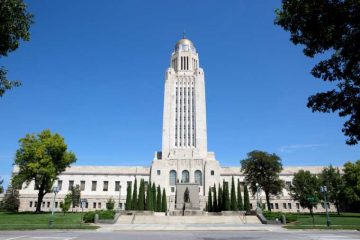 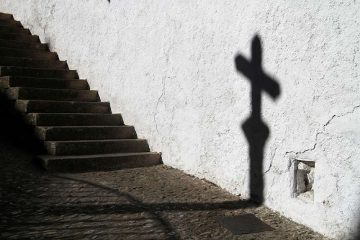 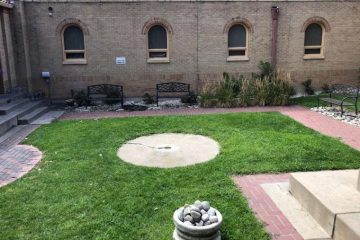 Back to School: Whatever the Future Holds, There is a Plan

Washington, D.C. Newsroom, Jul 20, 2020 / 03:43 pm MT (CNA).- Several Catholic churches in the United States reported vandalism and other damage to statues over the past weekend, the latest in a spate of church vandalism over recent weeks.

At Our Lady of the Assumption Church in Bloomingburg, New York, a monument to unborn children killed by abortion was knocked over the weekend of July 18. The monument consisted of an image of an infant resting in a pair of hands, along with an inscription of Isaiah 49:16.

“Someone felt it was a good idea for them to knock over our pro life memorial monument on our parish property,” Fr. Nick Blackwell, a Carmelite friar, wrote on Twitter. “Don’t think these actions and sentiments are only relegated to big cities. Police have reviewed our surveillance footage.”

Parishioners at St. Bernadette Parish in Rockford, Illinois, discovered that a crucifix at a shrine belonging to the parish had been vandalized between July 5 and July 6. The vandalism was reported by The Observer, a publication of the Diocese of Rockford, on July 17.

According to Kevin Rilott, a staff member of the parish, someone had smashed the corpus of the crucifix with a hammer.

“We are not angry about it,” Rilott told The Observer. “But just sad that the (perpetrator) has a misconception of who Jesus is.”

The parish did not file a police report and the corpus has since been replaced.

In Montana, a statue of Christ at a ski resort was painted with brown paint and festooned with flags reading “Rise Up” and “#BLM,” a presumed reference to the Black Lives Matter movement. The vandalism was reported July 14 by local media in Whitefish, Montana.

The statue, which was placed at the resort in honor of World War II veterans as well as the U.S. Army’s 10th Mountain Division, is listed in the National Register of Historic Places. The local Knights of Columbus maintain the statue and were responsible for its installation in 1954.

It is unclear when the vandalism occurred, as employees at Whitefish Mountain Resort did not notice any change until July 13. The flags were removed, but the paint has yet to be cleaned off the statue.

A statue of the Virgin Mary was beheaded in Gary, Indiana on the evening of July 2 or morning of July 3, but was first reported on July 12. Fr. Joseph Uko, a priest at St. Ann Parish in Gary, discovered the damage shortly after 9 a.m. on July 3. The head and hands of the statue were removed.

Fr. Uko has continued to display the damaged statue until it is sent away for repairs, and he called the vandalism “disturbing” in an interview with the Times of Northwest Indiana.

“What does a person gain by coming to destroy a statue that has been there for years,” he asked.

A spokesperson for the Diocese of Gary offered prayers for the community and for the person who vandalized the statue.

“The people of the Diocese of Gary are saddened by the destruction of this beautiful depiction of the mother of Jesus that has been a signature landmark at the parish for decades,” Colleen Rabine, director of communications for the diocese, told the NWI Times. “It is unclear what happened, but we pray for St. Ann parishioners and for the conversion of heart for those responsible for the damage.”

Recent weeks have seen acts of vandalism and destruction at Catholic churches across the United States, including arsons, decapitations, and graffiti. In addition to the most recent attacks, in the last two weeks statues of Christ and the Virgin Mary have been attacked in Florida, Tennessee, New York, and Colorado.

Other Catholic religious statues in California, Missouri, and other places have been toppled or vandalized by protestors, including several of St. Junipero Serra.

While some attacks on statues, most notably in California, have been committed in public by large groups with clear political affiliations, the perpetrators of other acts, including those against the images of the Virgin Mary and Christ, have not been identified.

At least 9 Catholic bishops have died from the coronavirus