Being Pro-Life: Assisted Suicide is not Healthcare

“I received a phone call that my husband had a grand mal seizure. At the hospital they wanted to release him, but I insisted on an MRI to make sure. The next day, the doctor came back and told me my husband has two lesions on his left temporal lobe and needed a biopsy. We eventually discovered that J.J. had an aggressive form of terminal brain cancer. We were told it was inoperable, and we should just go home to enjoy the little time we have left.”

This is the description Kristen gives of the beginning of her journey with her husband’s terminal illness, which ultimately led them to become outspoken opponents of assisted suicide. They were in their early 30s, with a one-year-old son at the time, and had never given it any thought before then. But living in a state where assisted suicide was not legal, they quickly realized how vulnerable a person would be in a similar situation, in a society where it is accepted.

J.J. ended up finding a doctor willing to do surgery and started aggressive chemo¬therapy treatments. His cancer was in remission for a time and he lived over three years beyond his initial diagnosis. It was a time when the family shared countless beautiful moments that would have been lost if they agreed to assisted suicide.

Of course, proponents do not argue that suicide should be forced on someone who does not want it. The issue, however, is not about one person’s choice. When we make a societal decision, we have to look at who and what it is going to impact.

First of all, these laws affect our healthcare system. When suicide becomes an acceptable treatment for illness—which is immensely less expensive than treatment to prolong life or even cure an illness—the insurance industry will more commonly deny covering treatment. This happens currently in states where assisted suicide is legal. Even people with a disease that is only terminal without treatment, but has a high success rate with treatment, have been denied treatment by insurance companies in states with assisted suicide. And let’s not forget those who are not terminal but would die, because sometimes doctors are wrong.

Secondly, concern to improve hospice and palliative care will decrease. When it was time to withdraw treatment because it was futile, the family stopped. J.J. spent his last six months with no treatment, other than palliative care. But these services will be less attended to when assisted suicide is viewed as a solution.

Proponents often use pain as a reason to legalize assisted suicide, but that doesn’t make it into the top five reasons why people actually choose it. Fear of being a burden and loss of autonomy are among the top reasons, and these are things that can be helped with resources. Kristen was caring for an infant while caring for her husband at home in his final days. Every¬one sees how caring for a needy infant is a complete joy. But she had the same joy caring for her husband and asks, “Why should it be any different?” Every day can be a gift, no matter the age.

If you want to get involved, http://patientsrightsaction.org is a great place to start. You can view several videos from people negatively impacted by assisted suicide laws, access in-depth explanations about why assisted suicide laws are so dangerous, or contact your legislator about upcoming votes on bills.

To watch or listen to the full interview, please go to www.catholiccincinnati.org/Being-Pro-Life.

This is the second topic of a 12-month series, focusing on a different aspect of Respect Life work each month. Next month’s column will be on migration.

A letter to the faithful

Being Pro-Life: Assisted Suicide is not Healthcare 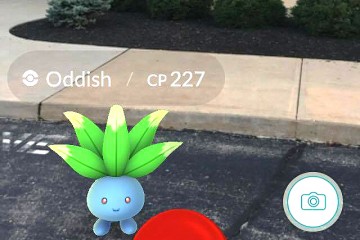