Being Pro Life: The growing problem of religious freedom

Every week during the harvest season, Steve and Bridget would participate in their local farmers’ market. Selling their organic fruits and advertising their farm’s other family-fun activities was a growing part of their business. One day, a question came up on their public Facebook page concerning their religious beliefs. They responded that they believe in the sanctity of marriage between one man and one woman. The City of East Lansing saw that post and prohibited the couple from participating in the farmers’ market.

Steve and Bridget own a family farm that has been in his family for decades. Now they are being denied the right to participate in the marketplace because of a religious belief, the freedom of which they both devoted their lives to defending by serving in the military during the early years of their marriage. Steve and Bridget have never refused to serve anyone based on beliefs or lifestyle. They even have employees who do not subscribe to their beliefs on marriage. They simply want to participate in the public marketplace with-out having to renounce their personally held beliefs on marriage.

I spoke with Hillary Byrnes, director of religious liberty and associate general counsel at the USCCB. She shared that we face many real challenges today in the United States. “We have seen a number of incidents,” she said, “where people have been coerced to participate in abortion, or declare alternative views on marriage just to continue working in their profession.” While people may not be facing death, people are in danger of losing their jobs or livelihood.

Cathy DeCarlo is a nurse who gave written notice to her employer before being hired that she would not be willing to assist in an abortion. Five years later, she was forced to participate in an abortion at 22 weeks under threat of losing her job and her nursing license. Byrnes tells us that Cathy’s story inspired other pro-life nurses to come forward and share similar stories.

Byrnes says that since the civil redefinition of marriage a few years ago there has been a significant rise in laws designed to protect people with sexual orientation and gender identity issues. These laws, however, have sometimes had the effect of coercing, especially small businesses, to participate in celebrations that go against their religious beliefs. While churches are typically exempt from issues like this (a church cannot be forced to host a same-sex wedding), a privately-owned bed and breakfast or hall can often be affected.

Adoption and foster care are other issues. Catholic Charities has been forced out of the adoption and foster care business in states like Illinois, Massachusetts, California, and others, because they decline in conscience to place children in same-sex homes. Byrnes also spoke of people being questioned on their suitability for public office and judicial appointments because of their Catholic faith or member-ship in Knights of Columbus.

How do we get involved? If you want to directly help people like Cathy, Steve and Bridget, you can donate to Alliance Defending Freedom (www.ADFlegal.org). ADF offers legal services in the field of religious freedom or sanctity of life for them and others like them, even pro bono if necessary. If you want to help people suffering harsh religious persecution internationally, you can donate to organizations like the Knights of Columbus, Aid to the Church in Need or Catholic Relief Services.

More than anything, we just need to be more aware of what is going on right under our noses. Go to the USCCB website www.usccb.org/freedom to read about current issues, sign up for a monthly newsletter or receive text alerts on when to contact your representatives about upcoming legislative votes. Also note that June 22-29 is Religious Freedom Week. Sign up on the USCCB website for newsletters or text FREEDOM to 84576 to join Catholics across the country during a week of prayer for religious freedom.

Let us join together in standing up for what we hold dear, support our fellow citizens who are being forced out of their livelihoods due to religious convictions on life and marriage and help convert a world that is trying to drown out our voices in the name of tolerance.

This is not the end of the story. Please watch the full interview with Hillary, Cathy, Steve and Bridget or listen to the podcast at www.catholiccincinnati.org/being-pro-life.

Being Pro Life: The growing problem of religious freedom 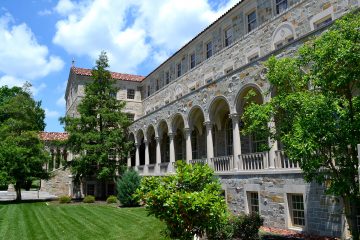