Ten people were killed and three others injured Saturday when a teenage gunman opened fire with an assault rifle at a supermarket in Buffalo, New York.

Authorities are calling the mass shooting a racially motivated hate crime and say the gunman specifically targeted the store because it is located in a predominantly Black neighborhood. Eleven of those shot were Black, while the other two victims were white, authorities said.

The gunman, identified as Payton S. Gendron of Conklin, New York, livestreamed the attack. He surrendered to police at the scene.

Bishop Michael W. Fisher of the Diocese of Buffalo issued a statement on Twitter after the shootings.

Fisher said that “what unfortunately has become an all too common occurrence in this country has now shown its abhorrently evil face in Buffalo as we have now learned that 10 innocent souls have lost their lives here.

“On behalf of the Diocese of Buffalo, I, in the strongest of terms, condemn this utterly senseless act and pray for the victims and all those impacted by this act of cowardice,” Fisher said.

“May the Good Lord guide us as we pray that our society regain respect for life and for an end to this tragic and despicable act in this beautiful city of ours. I encourage all Catholics and all people of faith to come together in prayer for the victims and for peace.”

The statement concluded: “The scourge of senseless gun violence that has taken the lives of so many across our nation and changed the lives of countless innocent men, women and children must come to an end.”

The guard shot Gendron but the gunman’s tactical gear prevented him from being seriously injured, authorities said. Gendron proceeded to shoot more people inside the store before police arriving at the scene talked him into surrendering.

The gunman is believed to have posted a manifesto online in which he expresses racist, anti-immigrant views and claims that white Americans were at risk of being replaced by people of color, the New York Times reported.

He was arraigned on first-degree murder charges and appeared in court Saturday evening wearing a bandage over his shoulder, USA Today reported.

The White House issued a statement from President Biden on the shootings Saturday evening.

“Tonight, we grieve for the families of ten people whose lives were senselessly taken and everyone who is suffering the physical and emotional wounds of this horrific shooting. We are grateful for the bravery of members of law enforcement and other first responders who took immediate action to try to protect and save lives. The First Lady and I are praying for the victims and their families, and hearts all across this country are with the people of Buffalo,” Biden said.

“We still need to learn more about the motivation for today’s shooting as law enforcement does its work, but we don’t need anything else to state a clear moral truth: A racially motivated hate crime is abhorrent to the very fabric of this nation,” Biden continued.

Who, or what, is ‘Jane’s Revenge’? A look at the group invoked in pro-abortion vandalism 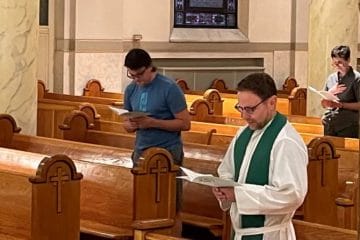