WASHINGTON (CNS) — Three bishops, in a joint letter to the measure’s sponsor, voiced their support of the Child Welfare Provider Inclusion Act, which would permit social service agencies to refuse on religious grounds to provide adoption or foster services for households headed by same-sex couples.

The bishops, who chair three U.S. Conference of Catholic Bishops’ committees, called it a “needed bill.”

“The Inclusion Act protects the freedom of all child welfare providers by ensuring they will not be discriminated against by the government because of their religious beliefs or moral convictions,” said the April 10 letter, signed by Archbishop William E. Lori of Baltimore, chairman of the U.S. bishops’ Ad Hoc Committee for Religious Liberty; Bishop James D. Conley of Lincoln, Nebraska, chair of the bishops’ Subcommittee for the Defense and Promotion of Marriage; and Bishop Frank J. Dewane of Venice, Fla., chairman of their Committee on Domestic Justice and Human Development.

“The act prevents the federal government and states that receive federal funds for child welfare services from excluding child welfare providers who believe that children deserve to be placed with a married mother and father,” the three bishops said in the letter to Rep Mike Kelly, R-Pennsylvania.

“The Inclusion Act is needed because child welfare service providers are being subjected to discrimination because of their sincerely held religious beliefs and moral convictions,” said a USCCB fact sheet on the bill.

“For example, certain religiously affiliated charities in Massachusetts, Illinois, California and the District of Columbia have had to stop providing adoption and foster care services because of requirements to place children in households headed by two persons of the same sex,” it said. “In Illinois alone, more than 3,000 children in foster care — more than 20 percent of the state’s total — were displaced from religiously affiliated organizations.”

The fact sheet added, “Women and men who want to place their children for adoption should be free to choose from a diversity of adoption agencies, including those that share the parents’ religious beliefs and moral convictions. The Inclusion Act recognizes and respects this parental choice.”

“The freedom to serve in accord with one’s religious beliefs and moral convictions is foundational to religious freedom in our nation,” the three bishops said. “Our first and most cherished freedom, religious liberty, is to be enjoyed by all Americans, including child welfare providers who serve the needs of children.”

Pope to formally approve canonizations, including of Fatima seers 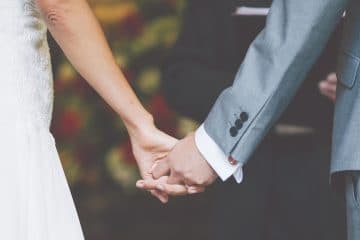