Former Speaker of the House John Boehner (R-Ohio) shocked the country when he announced his resignation from Congress in 2015 – and in a recent interview he recounted how the historic visit of Pope Francis to the U.S. Capitol accelerated his decision to step down.

In an April 25 interview with Punchbowl News on his recently-published memoir “On the House,” Boehner explained that he had considered retiring from Congress since before the 2014 elections. He had served in Congress for nearly 24 years at that point – including almost four years as House Speaker, a length of time which he had not planned to exceed in the position.

That plan was derailed when House Majority Leader Eric Cantor (R-Va.) suffered a shocking defeat in his June 2014 primary. With the loss of his potential successor, Boehner reshuffled his plans and targeted November 2015 as the time to announce his resignation.

A Catholic who grew up one of 12 children, Boehner had worked for years to host the pope at the U.S. Capitol. On Sept. 24, 2015, his dream was realized when Pope Francis delivered the first-ever papal address to a joint session of Congress, during his visit to the United States. Boehner was visibly emotional and cried during parts of the address.

“The day the pope was there, that was the happiest in the 25 years I was in the capitol,” Boehner said. “Democrats, Republicans, House, Senate, staff – everybody was thrilled.”

“Now later on in the afternoon, I thought, ‘You know what? It’s never going to get any better than today,’” he said. His internal decision to step down was confirmed.

The next morning, Boehner said he was “walking down 2nd street” on Capitol Hill, and came across St. Peter’s church. Boehner said he “glanced over at the statue of the Virgin Mary in a little grotto next to the church.”

He told his Republican colleagues that he planned on resigning his seat, effective Oct. 30 – an announcement that sent shockwaves through the country.

Since leaving Congress, Boehner has worked on several corporate boards and recently published a memoir about his quarter-century in Congress, titled “On The House.”

In March 2014, on the first anniversary of Pope Francis’ election to the papacy, then-Speaker Boehner invited the pope to address a joint meeting of Congress. He was joined by then-House Minority Leader Nancy Pelosi (D-Calif.).

“Pope Francis has inspired millions of Americans with his pastoral manner and servant leadership, challenging all people to lead lives of mercy, forgiveness, solidarity, and humble service,” he stated.

He noted that the pope’s “tireless call for the protection of the most vulnerable among us—the ailing, the disadvantaged, the unemployed, the impoverished, the unborn—has awakened hearts on every continent.” 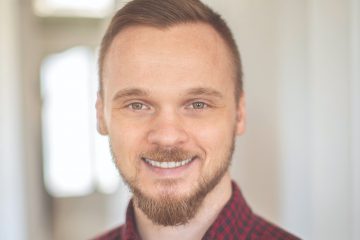