Both the Biden administration and abortion providers had challenged the Texas Heartbeat Act, a law which went into effect Sept. 1 and which restricts most abortions after detection of a fetal heartbeat. The law is enforced through private civil lawsuits.

On Friday, Oct. 22, the U.S. Supreme Court agreed to consider both challenges to the law and expedited the cases, with oral arguments scheduled for Nov. 1. The court will consider whether the federal government can sue to block implementation of the law by the state, state courts, and private citizens; it will also consider whether lawsuits under the law can move forward, according to the website SCOTUSBlog.

In the meantime, the court is leaving the law in place as it considers both cases.

In her opinion accompanying the court order on Friday, Justice Sonia Sotomayor criticized the court’s refusal to temporarily block the law while considering challenges to it.

“The promise of future adjudication offers cold comfort, however, for Texas women seeking abortion care, who are entitled to relief now,” Sotomayor wrote. “These women will suffer personal harm from delaying their medical care, and as their pregnancies progress, they may even be unable to obtain abortion care altogether.”

The law is unique in that it is enforced through private civil lawsuits against those performing or, in some cases, those assisting in illegal abortions. Successful lawsuits can net at least $10,000 in damages.

Certain parties are barred from filing lawsuits, such as men who impregnate women who then have abortions; women who have illegal abortions also cannot be sued under the law.

The Justice Department challenged the law in court, and on Oct. 6 a federal district judge barred the state from enforcing judgments or awarding damages in successful lawsuits against illegal abortions. A three-judge panel of the U.S. Court of Appeals for the Fifth Circuit temporarily reversed that decision on Oct. 8, and on Oct. 14 allowed the law to remain in effect.

The Justice Department then appealed its case against the law to the Supreme Court on Oct. 18.

In the second case that the court is taking up, Whole Woman’s Health v. Jackson, a coalition of abortion providers, staff, and patients had sued to prevent lawsuits over illegal abortions from going forward in Texas.

The high court is considering the cases ahead of another major abortion case in Dobbs v. Jackson Women’s Health Organization. Oral arguments in that case, which involves Mississippi’s law restricting most abortions after 15 weeks, are scheduled for Dec. 1.

Shortly after the law went into effect in September, the Supreme Court declined to block the law in a 5-4 decision.

In its Oct. 21 brief before the Supreme Court, Texas argued that the court should reconsider landmark abortion cases if it took up the Biden administration’s appeal.

“The Court erred in recognizing the right to abortion in Roe and in continuing to preserve it in Casey,” the brief read. “The heartbeat provisions in SB 8 reasonably further Texas’s interest in protecting unborn life, which exists from the outset of pregnancy.”

“If it reaches the merits, the Court should overturn Roe and Casey and hold that SB 8 does not therefore violate the Fourteenth Amendment,” the state argued.

Adults from Afghanistan, Iran, prepare to be baptized as Catholics in Vienna 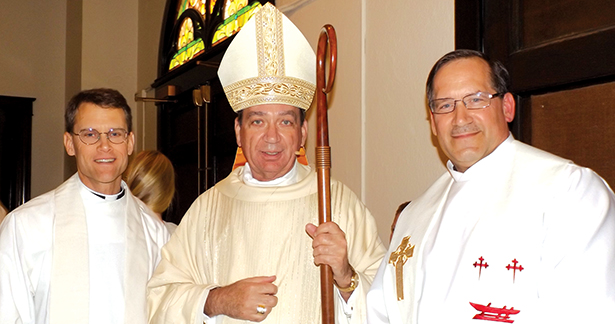