Washington D.C., Nov 4, 2019 / 12:13 pm (CNA).- Democratic primary candidate Pete Buttigieg has said that religious freedom must be curbed if it is used to “harm,” prompting calls for clarification about what the presidential hopeful considers grounds for restricting religious practice.

Adam Wren, a reporter for Indianapolis Monthly, tweeted on Sunday that he asked Buttigieg “how he would approach religious freedom broadly.”

Buttigieg, the former mayor of South Bend, Indiana, and candidate for the 2020 Democratic nomination for president, responded that “[t]he touchstone has to be the idea that religious freedom like any other freedom is constrained when it becomes a rationale for doing harm.”

“You know the original doctrines and federal legislative law go back to, I think, substances in rituals among Native Americans says about freedom to undertake a religious practice,” Buttigieg said.

Buttigieg continued that when religious freedom is invoked to practice “hiring discrimination,” that would make the issue “tough, and sticky.”

The matter of “constraining” religious freedom when it is invoked to do harm “would move us further than we’ve moved so far,” Buttigieg said.

“In terms of enforcing for example anti-discrimination expectations, even on private organizations, and I think that bar goes even higher when we’re talking about anybody seeking federal funds,” he said.

Luke Goodrich, senior counsel at Becket, a law firm that defends religious freedom, said that Buttigieg’s comments were “vague” and demanded clarification on just what situations he would see as justifying limitations on religious freedom.

“I still see it as it’s a vague and popular talking point right now,” Goodrich said of the concept of religious freedom being invoked to do harm. He added that “the devil really is in the details, and the candidates need to clarify precisely what kinds of harm they would seek to punish.”

The Supreme Court has already ruled that religious organizations “can hire people who agree with their core religious practices even when it ‘harms’ people who don’t get hired,” Goodrich noted, referring to Supreme Court decisions in 2012 and 1987 in Hosanna-Tabor v. EEOC and Corp. of Presiding Bishop v. Amos, respectively.

In Hosanna Tabor, the Court ruled unanimously that the federal government cannot intervene in the hiring or firing of religious ministers. In Amos, the Court ruled that religious organizations could make hiring decisions for non-religious positions based on religious beliefs.

In response to a request for comment, the Buttigieg campaign said his words “speak for themselves.”

The concept of religious freedom being invoked to “do harm,” which Buttigieg referenced, is behind the Do No Harm Act, a bill introduced in Congress in 2017 and again in 2019 to limit the application of current federal religious freedom law.

The 1993 Religious Freedom Restoration Act (RFRA)—which passed the House unanimously and the Senate by a vote of 97 to 3, and was signed into law by President Bill Clinton—created a test for when a federal law infringes upon a person’s free exercise of religion.

Under RFRA, the government cannot “substantially burden a person’s exercise of religion” unless it provides proof of a “compelling interest” and that its action is the least-restrictive means of furthering that compelling interest.

The proposed Do No Harm Act lists whole areas of law where RFRA would no longer apply, including provision of health care items or services and government contracts.

The recent comments from Buttigieg are the latest in a series of statements calling for the restriction of religious freedom, particularly in matters of sexual orientation and gender identity.

According to a June 13 report by Wren in Indianapolis Monthly, Buttigieg praised the bipartisan outcry over Indiana’s Religious Freedom Restoration Act in 2015, calling the act “social extremism.” The law originally signed by then-Governor Mike Pence mirrored the federal RFRA, but a coalition of politicians, celebrities, and businesses rallied against it.

In response, the state legislature passed, and Gov. Pence signed, a “fix” to the law that mostly exempted sexual orientation and gender identity anti-discrimination protections from the law’s application. Religious freedom advocate Ryan Anderson called the change a “wholesale repeal” of the original law.

“And the business Republicans revolted right alongside us progressives,” Buttigieg said of the backlash against the original law. “So that shows me that there is a belief in just decency that really does stand against that kind of social extremism.”

Buttigieg did oppose the idea of stripping churches of their tax exempt status for not supporting same-sex marriage, in an interview on CNN’s “State of the Union” on Oct. 13, but he added that schools and other non-profit organizations should be held accountable for their views on marriage.

“So if we want to talk about anti-discrimination law for a school or an organization, absolutely,” he said. “They should not be able to discriminate.”

Buttigieg supports the Equality Act, a bill passed by the House that would make sexual orientation and gender identity protected classes in federal anti-discrimination law.

The U.S. Conference of Catholic Bishops (USCCB) opposed the bill for conflating a person’s actions with their identity and human dignity. The bill would threaten religious free speech, conscience, and the exercise of religion, the bishops said.

Buttigieg’s website also says he would “give the White House Office of Faith-Based and Community Partnerships a mandate to work with faith and community leaders who support LGBTQ+ people.”

The candidate says he would also “examine existing religious exemption policies” in the federal government, including “offices that were put in place to enable discrimination.”

In recent years, the Trump administration created a new conscience and religious freedom division at the Department of Health and Human Services, to support conscience rights of health care professionals in matters such as opting out of performing or assisting with abortions or gender transition surgeries. 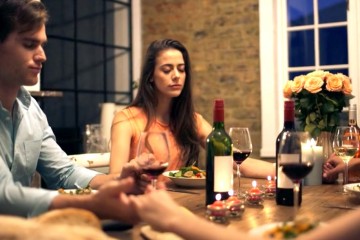