WASHINGTON (CNS) — A Georgetown University associate professor’s tweets that white Republican men should die a “miserable death” for supporting Judge Brett Kavanaugh’s nomination for the Supreme Court is more than just about free speech, said the head of Students for Life of America.

“Recommending violence, death and mutilation for members of Congress is not a simple ‘free speech’ moment,” Kristan Hawkins told Catholic News Service in an email late Oct. 3. “It’s a debasement of our free market place of ideas and a recommendation for criminal conduct.”

In a Sept. 29 tweet, associate professor Christine Fair, who teaches in the Security Studies Program within the Edmund A. Walsh School of Foreign Service at Georgetown, said that white Republican men deserve “miserable deaths while feminists laugh as they take their last gasps.”

A bonus, she suggested, would be to “castrate their corpses and feed them to swine.” Her tweets can still be found in cyberspace but Twitter account was suspended shortly after she posted them. As of Oct. 4, the account remained suspended.

News reports quoted her as offering no apology for her comments and saying she has been the target of similar nasty tweets.

Georgetown University’s president, John DeGioia, said in an Oct. 2 statement Fair’s tweets were her own views and that the university protects the right of all members of the university community “to exercise their freedom of expression.”

However, he said, “this does not mean the university endorses the content of their expression.”

“Since our founding, Georgetown has been dedicated to the free exchange of ideas and robust dialogue,” he said.

But “we can and do strongly condemn the use of violent imagery, profanity and insensitive labeling of individuals based on gender, ethnicity or political affiliation in any form of discourse. Such expressions go against our values,” he continued.

He said that while protecting the free speech of its faculty members, Georgetown also is “deeply committed to having our classrooms and interactions with students be free of bias and geared toward respectful dialogue. We take seriously our obligation to provide welcoming spaces for all students to learn.”

If faculty members’ comments “are determined to substantially affect their teaching, research or university service,” DeGioia said, the situation would be addressed through “established procedures” outlined in Georgetown’s faculty handbook.

Hawkins told CNS: “The leadership of Georgetown University, just a few miles from where Congress works, should be supporting our highest ideals, not professors who want to see members of government dead.”

This August Hawkins and Students for Life of America sponsored a #Justice4Life tour in several states and organized rallies with pro-life students to urge U.S. senators to confirm Kavanaugh.

Fair’s tweets came after a daylong hearing called by the Senate Judiciary Committee Sept. 27 to hear testimony from Christine Blasey Ford, who claimed that Kavanaugh sexually assaulted her at a party 36 years ago when they both were in high school in the Washington area. Kavanaugh also testified, vehemently denying any such assault occurred. He said he did not even know Ford.

In her tweets, Fair labeled Kavanaugh “a rapist.” She called GOP members of the committee “a chorus of entitled white men justifying a serial rapist’s arrogated entitlement.”

After the Sept. 27 hearing the Judiciary Committee voted to send his nomination to the full Senate, but agreed with a proposal by Sen. Jeff Flake, R-Arizona, for the FBI to take a week to investigate claims made against Kavanaugh. The FBI wrapped up its investigation Oct. 3 and sent its report to committee members for their review. A confirmation vote on Kavanaugh was expected Oct. 6.

A day after the committee hearing, John Garvey, president of The Catholic University of America, suspended the dean of the university’s National Catholic School of Social Service who had questioned Ford’s credibility in a couple of tweets.

The dean, Will Rainford, had used an official university Twitter account. He later apologized in an open letter to the university community, “my tweet suggested that she was not a victim of sexual assault. I offer no excuse. It was impulsive and thoughtless and I apologize.”

At an Oct. 1 demonstration some students, alumni and faculty members called for his resignation.

Garvey said in a statement the tweets were “unacceptable” and showed insensitivity to abuse victims, but that he wished Rainford to “continue to lead the school.”

Among those supporting Kavanaugh’s confirmation are signers of an online petition at www.catholicvote.org urging the Senate to vote to confirm him for the high court. As of Oct. 4, the petition had more than 17,400 signatures.

On Sept. 14, a group of about 65 women who have known Kavanaugh for more than 35 years sent a letter expressing their strong support for him to Sen. Charles Grassley, R-Iowa, and Sen. Dianne Feinstein, D-California, who are chairman and ranking member, respectively, of the Senate Judiciary Committee.

“For the entire time we have known Brett Kavanaugh, he has behaved honorably and treated women with respect,” they said. 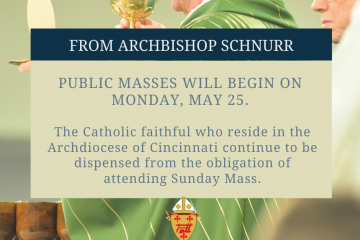