Cardinal turns on the lights and raises ire of Italian politician

ROME (CNS) — Back in Rome less than 24 hours after visiting refugees in camps in Greece, Cardinal Konrad Krajewski turned on some lights and found himself being threatened by Italy’s deputy prime minister.

The cardinal, who distributes charity on behalf of Pope Francis, went at 10 p.m. May 11 to a state-owned building in Rome where more than 430 people — including more than 100 children — have set up housekeeping.

They have occupied the building since 2013, but on May 6 the electric company cut service, leaving the occupants without lights, without hot water and without functioning refrigerators.

Asked if it was true that he personally lifted a manhole cover and climbed down to reconnect the building to the power main, Cardinal Krajewski told the newspaper, Corriere della Sera, "It was a special situation. Desperate. I repeat I assume all the responsibility."

Matteo Salvini, deputy prime minister of Italy, told a crowd at a rally May 12 that the occupants of the building owed the electric company 300,000 euros (about $337,000) and he would be sending the cardinal the bill.

"I’ll pay it. No problem," the cardinal told the newspaper. "And if one arrives, I’ll pay a fine as well."

The Vatican, through Cardinal Krajewski’s office, had been assisting the residents for some time, regularly sending food and medicine as well as doctors.

"The absurd thing is that we are in the heart of Rome," Cardinal Krajewski told the paper. "These are families who don’t have anywhere to go, people who struggle to survive."

The question people should be asking, he said, is not who will pay the electric bill, but why there are more than 400 people, including small children, living like that.

Cardinal turns on the lights and raises ire of Italian politician 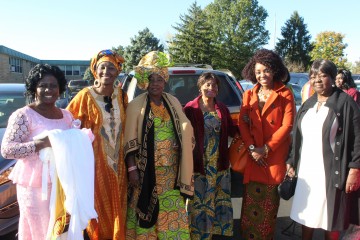