Denver Newsroom, Sep 15, 2020 / 04:54 pm MT (CNA).- Catholic aid groups are expressing disappointment at a recent court decision that furthers the end of temporary protected status for immigrants from certain countries, saying that ending TPS will likely lead to the separation of thousands of families.

The 9th Circuit Appeals Court ruled Sept. 14 that the Trump administration can end the TPS program, which affects several hundred thousand immigrants from El Salvador, Haiti, Nicaragua, and Sudan, many of whom have children who are American citizens.

TPS is an immigration benefit that allows persons who are unable to return safely to their home countries because of armed conflict, other violence, natural disasters, or other extraordinary conditions to remain in the United States while the situation in their home country resolves. It protects them from deportation and grants them permission to work.

“We urge the administration and Congress to find solutions that help families affected by TPS to remain together in the United States,” Catholic Charities USA said in a Sept. 15 statement.

“More than 270,000 U.S citizens have parents with TPS. If appeals are not granted, this decision will likely lead to more family separations within our borders.”

Since Congress established temporary protected status in 1990, U.S. immigrants with the designation from countries suffering natural disasters, armed conflict, or other major problems are not deported. There are about 200,000 Salvadorans, 50,000 Haitians, 2,500 Nicaraguans and 1,000 Sudanese in the United States who have temporary protected status.

The Trump administration had terminated the TPS designations of El Salvador, Haiti, Nicaragua and Sudan in 2017 and 2018. The administration said the residents from the four countries no longer merited TPS, arguing that natural disasters from years previously should not continue to justify irregular residency.

At the time, U.S. bishops from California and Texas spoke out about the DHS decision. Bishop Joe Vásquez of Austin, chairman of the U.S. bishops’ migration committee, called the decision “heartbreaking.” Archbishop Jose Gomez of Los Angeles called for a permanent path to residency and citizenship for the affected families.

The Haitian population with protected status arrived in the U.S. after a 2010 earthquake killed 200,000 and displaced 1 million people. In addition, the landfall of Hurricane Matthew in 2016 destroyed much of the island’s infrastructure.

Beth Caroll, Head of Programs for Catholic Relief Services in Haiti, told CNA that conditions in Haiti remain dire, and the country’s problems would be greatly compounded if 50,000 people return there from the US.

Hurricane Laura, which passed over Haiti as a tropical storm in late August, caused extensive damage and loss of life on the island, and recovery efforts are still underway.

Catholic leaders in Haiti have been warning that the combination of economic woes, the pandemic, and natural disasters make this a “terrible time” to be considering an influx of 50,000 Haitians back to the island, Carroll said, especially since so many of those immigrants now consider the United States their home.

Another effect of so many Haitians leaving the US would be a loss of remittances from the US to families in Haiti, which by some estimates makes up nearly 34% of Haiti’s income, one of the highest percentages in the world.

A large influx of returning Haitians would likely frustrate the country’s efforts to manage the coronavirus pandemic, Carroll said. In addition, many of those returning would likely have difficulty finding work.

Nobody wants to leave their family or home, Carroll noted, and the Haitians who left the island in 2010 left out of necessity, because of root causes— in this case the earthquake— in Haiti.

Carroll said CRS remains committed to addressing those root causes in Haiti through humanitarian aid, with the goal of keeping Haitians from having to leave their home again.

The rejection of TPS for Haitians was “a sad decision,” Archbishop Silvano Tomasi told CNA in November 2017. Haitians “cannot go back to a situation that still is very difficult,” said Tomasi, who has served as the Holy See’s Permanent Observer to the United Nations in Geneva and as a counselor for the Dicastery for Promoting Integral Human Development.

In April 2018 a group of Salvadoran bishops and other Church officials visited the U.S. and asked the Trump administration to reconsider its decision ending the protected status for Salvadorans, who received TPS status after a massive earthquake in 2001.

The situation in El Salvador is still dangerous due to gang violence and severe poverty, they said. It is unsafe for people to live in the country and there are very few employment opportunities.

The administration has extended the validity of work permits for El Salvadorans with TPS through Jan. 4, 2021, and has said that Salvadorans will have one additional year after the end of TPS-related lawsuits to return to their home country.

US Commission: Vatican-China deal should focus on religious freedom 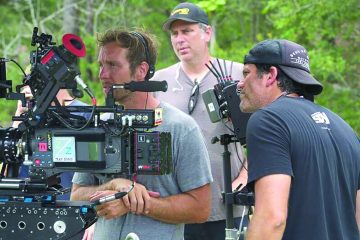