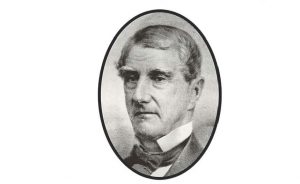 • Born into a humble conditions in Kentucky, Reuben Springer moved to Cincinnati when he was a young man to clerk for Taylor, Kilgour & Co., a wholesale grocery firm. In 1830, he married Jane, a daughter of one of the owners, and became a partner. When the company sold in 1840, he became a very wealthy man.
• Jane was Catholic, and her husband accompanied her to Mass. Springer converted in 1842. Jane was paralyzed in 1856 and died 12 years later, with her husband as her caretaker.
• Even before he was wealthy, Springer was generous. He provided a regular monthly allowance for 10 to 15 families, mostly widows.
• At his death, Springer left more than $350,000 just to Catholic institutions. These bequests benefited St. Peter’s Benevolent Society; Good Samaritan Hospital; convents of the Good Shepherd; Sisters of the Poor of St. Francis; the Little Sisters of the Poor; the Sisters of Charity and the Sisters of Mercy.
• Springer’s largest bequest was $100,000 to reopen Mount St. Mary Seminary, which closed in 1879 after financial failure. He also provided funds to open the Springer Institute, a school for children with special needs, now known as Springer School and Center.
• An influential participant in the construction of the Cincinnati Music Hall, Springer refused to allow the building to be named after him, and so Springer Auditorium was named in his honor. His bequests also supported the College of Music and the Cincinnati Museum. 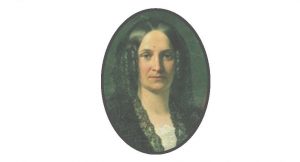