Catholic builds a shrine to St. Junipero Serra on the site of destroyed Sacramento statue

After rioters pulled down a statue of St. Junipero Serra in Sacramento on July 4, a local Catholic told CNA that she felt compelled to clean the spot where the statue once stood, to pray there, and to defend the 18th-century missionary’s legacy.

“I know enough about him to know that he was not a bad man, and that he doesn’t deserve the inaccurate histories that were being portrayed in our local media. I’m not going to be silent about that when given an opportunity.” Audrey Ortega told CNA.

Ortega, a homemaker from Sacramento and a parishioner at the Cathedral of the Blessed Sacrament, set up a makeshift shrine to Serra on the statue’s empty plinth July 5, and led other Catholics in cleaning graffiti from the site.

On July 4, a rioter burned the face of the Serra statue with an ignited spray from an aerosol can, before a crowd pulled the statue from its base using tow straps. After the statue fell, members of the crowd struck it with a sledgehammer and other objects, dancing and jumping upon it.

Ortega said it hurt her especially that the rioters waited for the cover of darkness to destroy the statue, which according to an eyewitness took less than ten minutes to accomplish before the rioters scattered.

St. Serra’s detractors have accused him in recent years of perpetrating abuses against Native Americans. The statue, installed on the grounds of California’s state capitol in 1965, was the third figure of the missionary saint to be torn down by crowds in California in recent weeks.

Ortega was not present at the protest, but watched the coverage that evening on the local news. She resolved to go to the site to, in her words, put “something beautiful on this marred, awful place.”

Her 12-year-old son had made a simple wooden cross for their family’s door during Holy Week, she said. She decided it would be an appropriate item to use to honor Serra, along with holy water, an Our Lady of Guadalupe candle, and holy dirt from Chimayo, New Mexico.

Ortega said she was scared at first to approach the former statue site— which is now little more than a “stump” with rebar sticking up, she said— but soon had her “prayer spot” set up on the stump with a lit candle, and she began to pray the rosary and the stations of the cross.

“I was just praying for peace, and praying for the safety of everybody involved,” she said. “I’m standing on firm ground as a Catholic…I don’t want to live with anger or bitterness in my heart. That’s what caused the statue to be torn down in the first place.”

She said praying the stations of the cross at the site was particularly powerful for her.

“I felt so connected to the sufferings of Christ, and to the sufferings of St. Serra, because I do know his story of how he suffered, of the deprivation he went through and the sacrifices he made,” referring to Serra’s practices of self-mortification and the health issues he endured as a missionary in New Spain.

During the eighteenth century, Serra founded nine Catholic missions in the area that would later become California.

Serra helped to convert thousands of native Californians to Christianity and taught them new agricultural technologies.

Critics have lambasted Serra as a symbol of European colonialism and said the missions engaged in the forced labor of Native Americans, sometimes claiming Serra himself was abusive.

But Serra’s defenders say the priest actually was an advocate for native people and a champion of human rights.

While Ortega was praying at the stump July 5, a reporter from the Sacramento Bee approached Ortega and asked to interview her about why she was there. The reporter later posted the video, which shows Ortega passionately speaking in defense of Serra, online.

“Pope Francis canonized him in 2015. He’s not going to canonize a rapist. There were rapists, yes, but it was not St. Serra,” Ortega said in the Sacramento Bee video.

Serra specifically advocated for the rights of Native peoples, at one point drafting a 33 point “bill of rights” for the Native Americans living in the mission settlements and walking all the way from California to Mexico City to present it to the viceroy.

Serra often found himself at odds with Spanish authorities over treatment of native people, and point to the outpouring of grief from native communities at his death.

Ortega lamented the fact that the statue was removed with due process, or a rational discussion. She said the groundskeepers have told her that the statue has been recovered, but she does not know if there are plans to put it back up again.

“The city has to decide: are we going to pretend like this isn’t happening? Or are we going to do better than this?” she said, suggesting that the city could hold a community forum to talk about the issue.

“At least people are now learning [Serra’s] story, even if it’s a little late for this statue,” she laughed.

On July 6, Ortega said she decided to go and scrub graffiti from the plinth, which she and her children did for two hours straight. She said many passers-by, including some state employees, thanked them for what they were doing.

Today, she said, the plinth looks nearly back to normal thanks to the cleaning efforts. But she worries that, because of the apparent inaction of the city government, it may be vandalized again.

A statue of Serra was torn down by demonstrators in San Francisco’s Golden Gate Park on June 19, and one was torn down in Los Angeles on the same day. Other California cities have moved Serra statues to avoid their toppling, or plan to do so.

Ortega said she plans to pray at the statue site for a few minutes each day for as long as she can.

“Anybody can walk around the capitol grounds and pray the rosary and pray for peace. And anybody can go and pray at the Serra statue, or pray the stations of the cross like I did…you can do that without a permit and without drawing…counter protestors.”

In a July 5 statement, Bishop Jaime Soto of Sacramento said that while “the group’s actions may have been meant to draw attention to the sorrowful, angry memories over California’s past,” their “act of vandalism does little to build the future.”

“All monuments are imperfect as are our efforts to live up to America’s founding ideals. The primary task is to build up our community, not tear it down,” the bishop added.

Catholic builds a shrine to St. Junipero Serra on the site of destroyed Sacramento statue 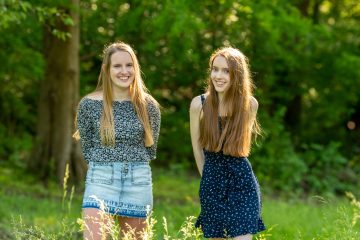