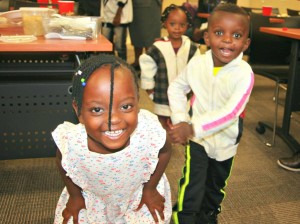 Today, we’ve learned that four refugee arrivals – families from Bhutan, Somalia and Syria – have been cancelled. We are deeply saddened as refugees are persecuted people who are extremely vulnerable.

We believe all people are made in the image and likeness of God. All people are worthy of respect and support. This includes migrants – refugees and immigrants.

Refugees are real people fleeing persecution and violence. Many are fleeing to save their lives. Forced displacement of people is at the highest level since WWII, with more than 65 million people displaced around the world. To turn our backs is not American and not Christian.

Refugees are the most rigorously screened population coming into America. This screening happens before they are approved to travel to the United States. To suddenly slam the door only hours before a refugee family has planned to depart for the United States and safety is cruel, heartless and an outrage to respecting human dignity.

The latest executive order related to refugees creates a chilling effect for those who believe in the American tradition of being a nation dedicated to freedom and welcoming anyone who is persecuted based on race, ethnicity or religion. We encourage people to join us in praying that recent actions be reconsidered and that future decisions will be guided by our religious beliefs and ethical values that have shaped the history of our nation’s commitment to the advancement of human dignity and freedom for all.

To learn more about how you can get involved and support the refugees who are with us today and support our ongoing commitment to refugee resettlement, follow Catholic Charities SW Ohio on Facebook or call us at 513-241-7745.