First in a series of articles examining the 2021 Survey of American Catholic Priests (SACP) findings.

A new survey released this month suggests a more “pessimistic” view of the Catholic Church among U.S. priests today as compared to 2002, as well as an increasing perception of “more theologically conservative or orthodox” young priests as compared to their older counterparts.

A Nov. 1 report summarized findings from the 2021 Survey of American Catholic Priests (SACP), which comprised 54 questions posed to 1,036 Catholic priests in the United States.

“If the major story of the SACP had to be summarized briefly it would be noticeable conservative shifts among U.S. priests over the last two decades coupled with a turn toward pessimism about the current state and trajectory of the Catholic Church in America,” write the report’s three researchers.

When asked about politics, the priests surveyed were significantly more likely to describe themselves as “conservative” as compared to respondents in 2002, the researchers say.

In addition, the percentage of priest respondents overall who view younger priests as “much more conservative” than older priests increased from 29% in 2002 to 44% in the new survey.

To track changes in answers over time, the survey reused questions from a 2002 poll of Catholic priests conducted by the Los Angeles Times, and also a few questions from a survey of priests from 1970.

The priests were contacted in late 2020 via two unconnected email lists, one provided by the Official Catholic Directory and one provided by an unidentified “Catholic NGO.” Despite the small sample size, the authors say the results they garnered from the two email lists are “reassuringly similar,” both to each other, and to the 2002 results.

The researchers analyzed the data they collected, classifying each priest by his self-described political persuasion. They also classified the priests into “cohorts” based on their ordination year.

Brad Vermurlen, the survey’s co-author and a sociologist with the University of Texas at Austin, wrote in an article announcing the study that researchers observed a “relatively conservative cohort of priests ordained prior to 1960” followed by “more permissive or liberal men ordained to the priesthood in the 1960s and 70s.”

“After the permissive cohorts, there is a steady move toward more conservative views with each successive cohort. Catholic priests ordained since the year 2000 tend to be the most conservative,” Vermurlen wrote.

Priests in the more recent survey were, on average, less in favor of female deacons, less in favor of ordaining women as priests, and less favorable toward the idea of married priests compared to the 2002 survey, the researchers write.

While priests today are slightly less likely to leave the priesthood than they were in 2002, “life satisfaction” for priests is lower overall, the researchers write, down from 72.1% of priests in 2002 saying they were “very satisfied” with their life as a priest, to 62% saying the same in 2021.

“Over the same time that priests became more conservative in multiple ways, their perceptions of the current state of the Catholic Church in America took a pessimistic turn, now with a majority of priests saying things in the Church are ‘not so good’ — and this holds true across the political spectrum,” the researchers, two of whom work at the University of Texas at Austin, wrote.

The researchers’ measure of “orthodoxy” was a theological question: whether the priests surveyed believe faith in Jesus Christ to be the “sole path to salvation.”

The Catholic Church teaches in Paragraph 846 of the Catechism that “all salvation comes from Christ the Head through the Church which is his Body,” and notes that Jesus Himself “explicitly asserted the necessity of faith and Baptism.”

However, in the next Catechism paragraph, the Church affirms that those who “through no fault of their own, do not know the Gospel of Christ or his Church, but who nevertheless seek God with a sincere heart, and, moved by grace, try in their actions to do his will as they know it through the dictates of their conscience – those too may achieve eternal salvation.” Nevertheless, “the Church still has the obligation and also the sacred right to evangelize all men.”

Priests in 2021 were, overall, slightly more likely to affirm belief that faith in Jesus Christ is the “sole path to salvation” than priests in 2002, but stark differences emerged among the different political persuasions.

Among priests who self-identified as “very liberal,” nearly 40% “disagreed strongly” with the assertion that the sole path to salvation is through faith in Jesus Christ. On the other end of the spectrum, among “very conservative” priests, 82% said they “agreed strongly.”

The researchers concluded that priests in 2021 were more likely than their 2002 counterparts to say each of those six activities to be sinful.

The researchers also asked about the priests’ approval of Pope Francis. They found that priests ordained in more recent years are less likely to approve of how Pope Francis is handling his duties.

“In the latest cohort of priests, ordained in 2010 or later, only 20.0 percent ‘approve strongly’ of Pope Francis and nearly half (49.8 percent) disapprove, whether ‘somewhat’ or ‘strongly,’” the researchers found.

Is the Church getting better or worse?

The priests were asked about their opinion of the Catholic Church’s “trajectory”— whether the Church is getting better, staying the same, or getting worse.

The researchers noted that priests who assessed the Church as “not so good” spanned the political spectrum, and speculated that the apparent pessimism seems to be a “period effect,” meaning “there is something about the early 2020s distinctly different from 2002 generating these changes.”

The researchers speculate that one reason for the increased pessimism among priests might be “the spiritual and moral lives of the Catholic laity.” The researchers claim that just 22% of priests reported that “most” of the laity they encounter are living out the Church’s teachings on moral issues such as those relating to sexuality, a decrease from 30% in 2002.

They also cited a “challenging, ‘post-Christian’” society and the fallout from the sexual abuse crisis as likely drivers of lower morale.

Give Catholic 2021 Thank you 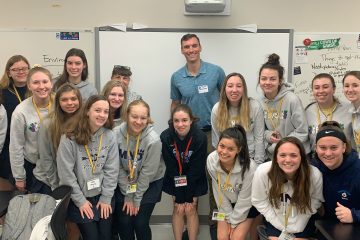