WHITING, Ind. (CNS) — Catholics in Northwest Indiana are organizing to raise awareness about the ongoing efforts in the state Legislature to legalize assisted suicide.

He described how the lobby manipulates language and uses words like "compassion" and "care" to convince people that assisted suicide and euthanasia are morally acceptable.

The lobby also works to recruit volunteers and sympathizers in state legislatures, whose strategy includes presenting bills on a steady and annual basis, as is currently happening in Indiana. In 2020 to date, assisted suicide bills have been presented in at least 18 states, said Schadenberg, the main presenter at the Feb. 29 event in Whiting.

State Rep. Matt Pierce, a Democrat from Bloomington, has been leading the charge in these ongoing efforts in Indiana. He has presented a bill aimed at legalizing assisted suicide each year since 2017. On Jan. 7, he presented his fourth bill on this issue, Indiana End of Life Options Act, called H.B. 1020. However, the deadline for a committee hearing to be held on the bill already passed, making the measure dead for the current legislative session.

The bill was co-written by Democratic Rep. Mara Candelaria Reardon of Munster, who announced last fall that she will run to succeed Congressman Pete Visclosky, D-Indiana, who represents the states 1st Congressional District. The district includes most of the territory of the Diocese of Gary.

Schadenberg said bills are initially drafted to include limited access and "safeguards" against abuse of the law in order to get them passed. However, after a few years, "incremental extensions" are consistently added to the law as amendments, leaving "loopholes so big you can drive a hearse through," he said.

He gave the examples of the Netherlands and Belgium, where access to assisted suicide and euthanasia has been extended to minors and people with mental illness, disabilities and nonterminal diseases. Canada, which legalized assisted suicide and euthanasia in 2016, is debating doing much of the same. Euthanasia by organ donation also has been discussed, though it hasn’t gained much traction, he said.

Robert Castagna, who served as the general counsel and executive director of the Oregon Catholic Conference, attended the event. Castagna had represented the Catholic bishops of Oregon during the time of the debates to legalize assisted suicide in that state. The lawyer moved to Crown Point, Indiana, last year and is a parishioner of St. John the Evangelist Parish.

Richard Tith, a member of the St. Paul Respect Life Ministry of St. Paul Church in Valparaiso, Indiana, attended the event with his wife, Rosemary. The retired law professor has published several articles against assisted suicide.

"By making death an option, we make those who are in great need, for cause of disability and suffering, the objects of blame, rather than compassion," he said. "We need to realize that the option of death will make the end of life filled with more loneliness and less dignity."

Father Andrew Summerson, administrator of St. Mary Parish, said his parish organized the event because the issue "is too important for Catholics to be caught off guard."

"Bills to legalize assisted suicide have been presented in Indiana for the past four years in a row," he said. "The issue is not going away. It’s time Catholics become informed on the issue and on how defend the culture of life in end-of-life care."

Organizers told participants that Shelby Baumgartner, Pierce’s legislative assistant, said in a telephone conversation Feb. 28 the deadline for the Committee on Public Health to hear H.B. 1020 had passed the day before. As a result, the bill would no longer move forward in this session. However, she said, Pierce intends to present the bill again next session.

"We will be vigilant and oppose it, should it reappear next session," she said. 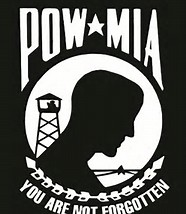