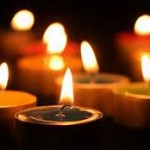 Rev. Louis R. Hohlmayer, a retired chaplain, pastor, and teacher, passed away on Thursday, February 23, at the age of 89. He was born on September 27, 1927 in Springfield, Ohio. He did his preparatory studies at St. Gregory Seminary and studied theology at Mount St. Mary’s Seminary of the West in Norwood. He was ordained on May 30, 1953 at St. Monica Cathedral in Cincinnati, Ohio by Archbishop Karl J. Alter. That evening, he baptized his father.

Fr. Hohlmayer became Administrator of St. Augustine Church, in Cincinnati’s West End, on August 22, 1972, and soon after that, on December 29, 1972, he was appointed Pastor. He was then appointed Pastor of St. Anthony Church, Dayton, on July 1, 1977, where he remained Pastor until 1989. During that time he was also appointed Chaplain of the Knights of Columbus Council 3730 in November 1986.

On July 5, 1989, Father Hohlmayer was appointed Pastor of St. Francis de Sales Church, Lebanon, He held that position until he retired on September 1, 2001.

In reflecting on baptizing his father, Fr. Hohlmayer once said, “I felt very privileged, very blessed, very humbled. God has done ‘great things for me’ through the priestly vocation.”