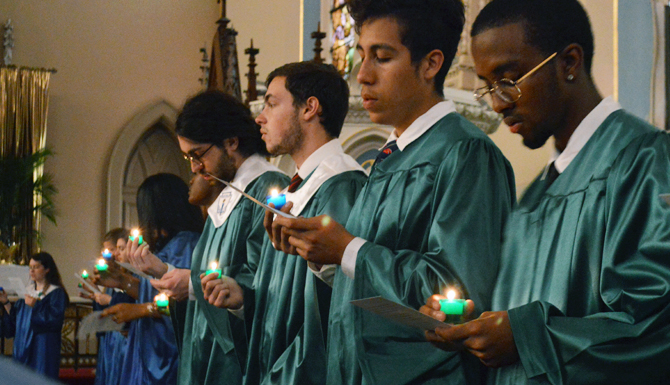 Chaminade Julienne Catholic High School in Dayton Ohio, graduated 150 students from the Class of 2017 on Monday, May 22 at 7 p.m. at the University of Dayton arena.

138 students had reported that they were going to a college or university next school year.

Three seniors were also recognized by the CJ faculty and staff with annual awards that best exemplify the three pillars of the school’s mission:

Pentecost is celebration of unity in diversity, pope says