Jerusalem, Mar 20, 2020 / 11:30 am (CNA).- As Easter is approaching, the Holy Land is enduring tough times: the sacred sites are shut down because of the coronavirus pandemic, and pilgrimages have come to an end.

These events “meaningfully impact our religious communities, especially for the lack of the Eucharist,” Archbishop Pierbattista Pizzaballa told CNA.

Pizzaballa is the Apostolic Administrator of the Latin Patriarchate of Jerusalem. The patriarchate administers the Latin Catholic Church in Israel, Palestine, Jordan, and Cyprus, and leads a flock of 293,053 Catholics.

Pizzaballa said “the shutdown of the places of worship, along the almost total limitation of religious celebrations, and especially the lack of the Eucharistic celebration, has been a major blow to our communities.”

When restrictions first went into place, the archbishop said, some Catholics would not accept the prohibition against public Masses. In particular, “in a Palestinian village, the people compelled the parish priest to ‘fulfill his duties’ and celebrate Mass with ‘strong and convincing manners,” he said.

This episode, he added, is “revealing that it was a shock, since not even in wartime there has ever been a suspension of Masses.”

At the same time, now “everything is stuck, also because the civil authorities are strictly watching over the situation,” the archbishop added.

Parish priests in the region are trying to address this new situation “livestreaming Masses, delivering catechesis online, and paying visits to families.”

“If the people cannot go to the church to celebrate, we are bringing the Eucharist to the people, with all the due precautions,” the archbishop said.

Pizzaballa noted that there has been some confusion among Catholics in the region regarding what is permitted or prohibited, since “the territory of our diocese is extended over four different countries, and each of them, in the beginning, issued different regulations to counter the COVID 19 pandemics.”

“In the beginning, the people did not take the recommendations of the government seriously, and also the Church guidelines on the matter,” he added.

The Latin Patriarchate issued at the beginning of March a series of guidelines. Among the requests was the delivery of the communion only in the hands, the request to hold funerals in the cemeteries with as few people as possible, the suggestion of celebrating Masses with maximum 15 people, and the encouragement to the priests to find ways and forms to allow the faithful to receive the Eucharist anyway.

Pizzaballa said that now “the four countries are more uniform in issuing the measures to counter the pandemic, and all of them de facto prohibited any assembly, including the religious ones.”

“We do not know how we will celebrate Easter,” the archbishop added.

He mentioned that the celebrations “will be smaller than usual, but we cannot cancel them. We have to wait for some time to understand how the situation will evolve. After that, we will decide how to celebrate Easter, but in the Holy Sepulchre and the parishes.”

Pizzaballa is optimistic about the future of the faith in the region.

“I think that this unique moment is a watershed. There will be a ‘before’ and an ‘after’ the pandemic. Until now, religious activities were carried forward according to our tradition. I do not know how it will be in the next year. Certainly, we have to rethink our pastoral models and the way we conceive our communities.” 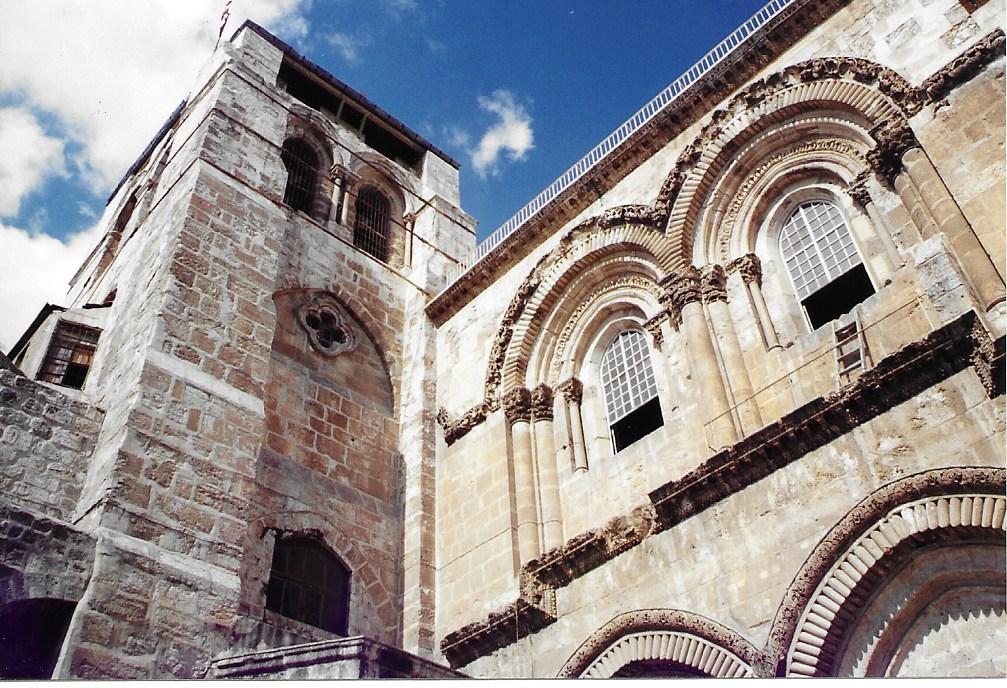 Pope Francis: As humanity trembles from pandemic, let us unite in prayer