CDC documents on reopening do not include suggestions for churches

CNA Staff, May 15, 2020 / 02:01 pm MT (CNA).- Specific guidelines for reopening churches during the coronavirus pandemic were excluded from a set of documents released by the CDC this week, possibly due to religious freedom concerns, according to a report by the Associated Press.

Churches were not included in the May 14 guidance. However, the AP reported that a similar document for churches was created, but not released. It reportedly included recommendations of limiting the number of people present at gatherings and spacing them out during services. Citing anonymous sources from the Trump administration and the CDC, the AP said the guidance regarding worship services was removed following White House concerns over government giving instructions to faith groups.

Some states have seen lawsuits from churches arguing that religious congregations have been singled out for stricter regulations than other entities, amounting to an unfair targeting of religion.

Religious freedom advocates have stressed that while the government can limit religious gatherings for public health reasons during a pandemic, it must treat religion the same as similar non-religious activities.

“The state has significant regulatory authority even as it touches religious activity, and this is especially true in a time of emergency like a pandemic,” said former federal judge and current Stanford Law School professor Michael McConnell at a recent online event. https://www.catholicnewsagency.com/news/former-judge-coronavirus-restrictions-have-a-place-but-religion-is-essential-36424

However, he said, these rules must be neutral and generally applicable. They cannot single out religious activities while exempting other types of comparable social activities that are not religious.

Follows reports last week that the White House shelved a lengthier CDC report on gradually reopening sections of the American economy and society.

So far, the United States has seen more than 1.4 million confirmed cases of the novel coronavirus, with more than 86,000 deaths, according to the Johns Hopkins Coronavirus Resource Center. Most people who contract the highly contagious virus show mild or no symptoms, but in some cases, it can result in severe complications or death, particularly for those who are elderly or have underlying health conditions.

How a Solanus Casey documentary, and its creator, aim to inspire

For Catholics, wearing masks can be an act of charity for neighbor

CDC documents on reopening do not include suggestions for churches

Pope Francis: In the name of God, ‘stop this massacre’ in Ukraine 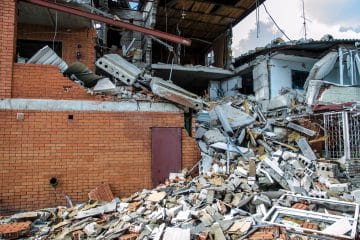