God Heals: The Church’s long history of caring for the sick

For nearly 2,000 years, the Catholic Church has been at the forefront of battling pandemics and caring for its victims. COVID-19 is no different.

The modern hospital as we know it is a direct result of Jesus’ imperative to the disciples to “heal the sick.” Even the most cynical of atheists cannot deny Christianity’s fundamental role, past and present, in healthcare development and distribution across the globe and time. This very day, the Catholic Church is the largest non-governmental provider of healthcare in the world with 65 percent of her hospitals in economically disadvantaged countries.

Restoring health, and ultimately life, is one of the fundamental aspects of Jesus. The Good Samaritan, lepers, the blind, the broken, whether it be more spiritual or more physical: through God, we are beckoned to heal and be healed. From the New Testament onward, that is what followers of Christ did. It is noteworthy how this very Christian ideal is so fundamental to the world-wide understanding of how the world works. We expect to be healed and have access to healers no matter who or where we are.

How different was the ancient, and even not so ancient, world! Living in the Archdiocese of Cincinnati, even the most rural of residents resides within a couple hours’ drive to a hospital that provides access to technology that could never have been imagined in the great capitals of the world a mere century ago – much less two millennia. So when the early Christians set forth to teach and show others the radical mercy of Jesus, they rocked the world stage.

Welcome the Stranger
The very word “hospital” comes from the Latin “hospes” which means: host, guest or stranger. All of those seemingly different notions in one word implies the idea of relationship. You cannot be a host without a guest, and everyone starts as a stranger. Christians gave care to outsiders and strangers at a time when such a thing was unheard of.

A little over 200 years after Jesus was crucified, a devastating and terrifying Ebola-like pandemic, the Plague of Cyprian, swept over the Roman Empire. At the height of the outbreak, it is said that 5,000 people a day were dying in the city of Rome, not to mention the outlying regions, villages and towns. Families might possibly help care for each other, or occasionally a cultural group would help care for their own, but Christians went far beyond. The Christians gave care and proper burials to everyone they could.

Cyprian’s biographer noted that it was a time when, “no one did to another what he himself wished to experience.” Family members would be cast out of the house for fear of contagion, bodies were left to rot on the streets. Terror reigned.

It was at that time that St. Cyprian, then a bishop, urged crowds of Christians in Carthage to “answer to our birth,” to emulate God’s goodness and to show mercy to all. And they did. The mercy shown included burying the dead, caring for the diseased despite great personal risk and welcoming the stranger in the most trying of circumstances – and the world took notice.

From there came the hospitals and hospices of the middle ages offering shelter and care to travelers and pilgrims both sick and well, rich and poor. Monasteries and nunneries were the foundational grounds that not only treated and hosted patients and guests but also educated and trained the healers, too. They provided room and board for travelers and pilgrims. But above all, these monasteries and nunneries existed to worship God and these spiritual and corporal works of mercy were just that.

The Spanish explorers founded hospitals in the Americas and orders of sisters started hospitals in the United States. These became the world-class medical facilities and training centers for the medical profession as we think of them today.

Continuing the Legacy
Before COVID-19 cleared the hospitals of volunteers, Sister of Mercy Greta Schmidlin continued the legacy of Catholic healthcare as she welcomed the new patients to Mercy Hospital West, stopping by their rooms, one by one. She’d pray with them, bring a needed cup of water or page a nurse. She shared comfort and gave smiles wanting everyone to know that God is always there.

“Even before this, people coming into the hospital are almost always scared. It might be cancer, it might be just a routine test. But I’m happy to help ease their fear,” said Sister Schmidlin.

With the clattering of gurney wheels, the barking of orders and a cacophony of beeps and alarms, it can be hard to remember that God is everywhere. Just as important, God is not locked up in a
hospital, either.

Now, Sister Schmidlin is not at Mercy Hospital West, being sent home along with the rest of the volunteers.

“Oh, they (the pastoral department) are still there doing their work. Though I imagine a lot of it is from the doorways, these days. And lots of the contact with the families can be done over the phone,” she said. Because, as Sr. Greta points out, it’s not just about a single patient, but their loved ones, too. It is about the doctors and nurses and all the people involved. In the cafeteria, where people are fed and bread is shared, in the financial assistance department for those in need, with translators for those from far away – God is abundant.

“I want people to slow down, to pray more. I hope that families are eating dinner together and realizing what’s truly important. It’s not just about this virus. It’s about the whole person,” said Sister Shmidlin.

Being Pro Life: The Need to Belong

God Heals: The Church’s long history of caring for the sick 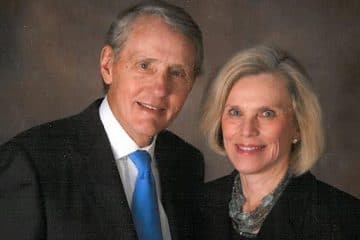