CNA Staff, Oct 2, 2020 / 04:09 pm MT (CNA).- Father John Jenkins, president of the University of Notre Dame, has tested positive for coronavirus, the university said in an email to students Oct. 2.

According to the email obtained by CNA, one of Jenkins’ colleagues with whom he has been in regular contact tested positive for COVID-19. Jenkins was subsequently tested and also received a positive result.

Jenkins said his symptoms are “mild” and that he plans to continue to work from home. A university spokesman declined to comment further.

“The positive test is a good reminder for me and perhaps for all of how vigilant we need to be,” Jenkins said in the email.

A video clip drawn from C-SPAN’s coverage of the nomination event at the White House, which circulated on social media, shows an unmasked Jenkins shaking hands with and speaking in close proximity to fellow attendees.

Jenkins said in an email last week that when he arrived at the White House, he and other guests underwent a rapid COVID-19 test, and once they had all tested negative, they were told it was safe to remove their masks, NBC Chicago reported.

Jenkins later apologized for his actions and announced he would quarantine for two weeks, in consultation with the Notre Dame Wellness Center.

“I failed to lead by example, at a time when I’ve asked everyone else in the Notre Dame community to do so,” Jenkins said after the event.

“I especially regret my mistake in light of the sacrifices made on a daily basis by many, particularly our students, in adjusting their lives to observe our health protocols.”

On Friday, the White House announced that President Donald Trump and First Lady Melania Trump had both tested positive for COVID-19. Sen. Mike Lee (R-Utah), a member of the Senate Judiciary Committee, was also in attendance and also has tested positive.

Notre Dame was one of the first major universities to reopen for in-person instruction for the Fall 2020 semester, with cleaning protocols and coronavirus testing for all students. The university has encouraged students to wear masks, keep six feet of distance, and limit gatherings to 20 students outdoors.

In late August, less than two weeks after starting the semester, the university announced a two-week hiatus from in-person class instruction, amid a growing number of COVID-19 infections on campus.

At the time, the university had recorded over 300 total infections on campus. Classes resumed in-person Sept. 2.

Some alumni, students, and faculty have called on Jenkins to suspend in-person classes altogether and move instruction online for the remainder of the semester. 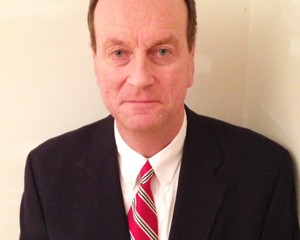