Justice Department to act on unfair religious restrictions during coronavirus

Washington D.C., Apr 14, 2020 / 11:10 am (CNA).- The Justice Department (DOJ) has promised to act on any abuses of religious freedom after some state and local governments sought to enforce tough restrictions on Easter services during the coronavirus pandemic.

“While social distancing policies are appropriate during this emergency, they must be applied evenhandedly and not single out religious organizations. Expect action from DOJ next week!” Kupec tweeted.

As the coronavirus continues to spread in the U.S., state governors, mayors and county governments have issued various restrictions on businesses, transportation, public gatherings and religious services. There are nearly two million confirmed cases of COVID-19 worldwide, with almost 600,000 cases in the U.S.

Some state and local governments have drawn criticism for allegedly burdensome restrictions on religious exercise.

Kentucky Governor Andy Beshear (D) announced on April 10, Good Friday, that State Police would record the license plate numbers of any vehicles seen at religious mass gatherings on Easter weekend. Local health officials would then contact the owners of the cars and instruct them to self-quarantine for 14 days.

“This is the only way we can ensure that your decision doesn’t kill someone else,” Beshear stated.

Some local restrictions have been overturned in court. In Kentucky, district court judge Justin Walker allowed a Louisville church’s drive-in Easter services to continue, ruling that that the city’s actions would “substantially burden” the religious exercise of On Fire Christian Center “on one of the most important holidays of the Christian calendar, Easter Sunday.”

Louisville’s Mayor Greg Fischer stated to WHAS11 local news after Judge Walker issued his temporary restraining order that “There was never a Louisville Metro Government ban on drive-in church services, as we would have explained in court if we had been allowed.”

“I urged, and will continue to urge, against these kinds of services, because I want to protect my city and its residents from the spread of the COVID-19 virus,” Fischer stated.

Action by the Justice Department is anticipated this week to protect the rights of churches and other houses of worship from unconstitutional limitations of religious exercise during the pandemic.

“Generally speaking, there are occasions where liberties have to be restricted during certain emergencies such as war, or in this case, a potentially devastating pandemic,” Barr stated in an April 8 interview on Fox News.

He added that such restrictions, however, must be “balanced against the civil liberties of the American people” and must be applied equitably across sectors of society, not imposing “special burdens on religion.”

In some cases, Barr said, the Justice Department has already “jawboned” local governments which had put special burdens on religious practices. The governments subsequently “changed their rules to be neutral in that respect,” Barr said.

“For example, if a government orders that houses of worship close or limit their congregation size, those limits must also apply to movie theaters, restaurants, concert halls, and all other comparable places of assembly,” he wrote.

Justice Department to act on unfair religious restrictions during coronavirus 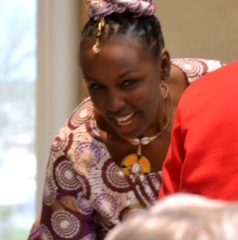