The bishops on Oct. 7 urged reconsideration “in light of the acute needs of millions of Americans for immediate assistance.”

“In this moment of crisis, let us build a society that bends down to help those in need. I ask the President to reverse his decision, and for all parties to return to negotiations as soon as possible,” said Archbishop Paul Coakley of Oklahoma City, chairman of the USCCB’s domestic justice committee.

“Tens of millions of Americans urgently need help today. They need help in getting enough food, paying the rent or mortgage, finding work, affording health care, and accessing good schools. We have been imploring lawmakers since April to address these needs.”

Trump reversed course today, telling the media that stimulus negotiations are back on.

While he had announced on Twitter Oct. 6 that he had directed White House negotiators to abandon stimulus talks with Democratic leaders, Trump said Oct. 8 that stimulus negotiators are “starting to have some very productive talks.”

“I shut down talks two days ago because they weren’t working out. Now they are starting to work out,” Trump told Fox Business channel Thursday.

The House passed a $2.2 trillion stimulus bill last week that would have included the $600 per week in extra unemployment benefits through January, send another $1,200 direct payment to most Americans, and authorize a second round of Paycheck Protection Program loans, CNBC reported.

House Speaker Nancy Pelosi and Treasury Secretary Steven Mnuchin had been in talks to compromise on the stimulus agreement, which would include aid for airlines. The CARES Act, a $2 trillion economic rescue bill that Congress passed in March, included a Payroll Support Program for airlines that expired Oct. 1. 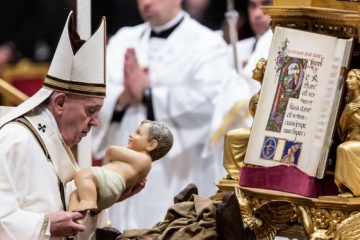