Vatican City prepares to ease coronavirus restrictions in May

Vatican City, Apr 22, 2020 / 11:10 am MT (CNA).- Vatican Secretary of State Cardinal Pietro Parolin met with members of the Roman curia on Wednesday to discuss the gradual reopening of Holy See offices as Italy prepares to end its national lockdown.

The heads of Vatican dicasteries decided to implement a “gradual reactivation of ordinary services” starting in May, while “safeguarding the health precautions to limit contagion,” according to a statement from the Holy See Press Office April 22.

Italy’s strict lockdown is scheduled to end May 4 after 55 days of mandatory quarantine for the entire country.

Prime Minister Giuseppe Conte announced April 21 that he will be releasing a plan to slowly lift the coronavirus restrictions and reopen businesses.

“I wish I could say: let’s reopen everything. Immediately. … But such a decision would be irresponsible. It would bring up the contagion curve uncontrollably and it would frustrate all the efforts we’ve put in so far,” Conte wrote in a Facebook post published April 21.

After over a month of lockdown, more than 100,000 people are currently ill with COVID-19 in Italy after 183,957 total cases were documented by the Italian Ministry of Health.

When the Diocese of Rome announced the suspension of all public Masses one day before the national lockdown was declared, there had been a total of 87 coronavirus cases documented in Lazio, the region surrounding Rome. As of April 21, there are 4,402 active cases reported in the same region with an additional 1,130 people recovered and 363 deceased.

Vatican City itself has reported nine cases of COVID-19 among its employees. The most recent confirmed case was reported by the Holy See Press Office this week after the patient was hospitalized.

“Appropriate sanitisation and checks were carried out among those who had had contact with the interested party on the only day of his presence at the workplace in the two weeks prior to the response, all with negative results,” Holy See Press Office Director Matteo Bruni said April 20.

Bruni has repeatedly said that Vatican City is implementing measures to prevent the spread of coronavirus in coordination with the Italian authorities.

St. Peter’s Basilica and square, the Vatican Museums, and several other public offices in the Vatican City State have been closed for more than six weeks.

Vatican City prepares to ease coronavirus restrictions in May 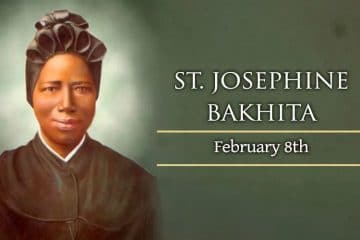