IMAGE: CNS Photo/ courtesy of The Catholic University of America

WASHINGTON (CNS) — In an Aug. 18 letter to students and staff at The Catholic University of America, its president, John Garvey, said the laity must have a role in rebuilding the church in the wake of a new clergy sex abuse scandal that has also trained its aim on bishops for their failure to act in stopping the abuse.

“The laity must step forward with prayer, energy, and resolve. We need the laity’s perspective, expertise, judgment, and prayer — and the pressure that comes from having been burned more than once,” Garvey said in his letter.

“I want to emphasize to all of you — students, parents, alumni — the responsibility the laity have, now more than ever, to serve the church,” he added.

“This is not a problem the bishops can solve on their own. Though most of them are good and holy men, the actions detailed in the grand jury report have damaged the reputations of all. They will need our help and our insistence on accountability and high standards.”

Garvey’s letter came four days after the issuance of a Pennsylvania grand jury report that named more than 300 priests as having abused children between 1947 and 2017. The number of victims in the report totaled more than 1,000, and, “according to Pennsylvania’s attorney general, more survivors continue to contact his office,” Garvey said.

“I have to admit that I am at a loss to understand how such unspeakable evil has been allowed to fester at the heart of the church. It appears clear that some bishops shuffled priests around and devoted their energies to managing the church’s image, rather than caring first for the safety of their flocks,” he added.

Garvey withheld judgment on Cardinal Donald W. Wuerl of Washington, the university’s chancellor, who served 18 years as bishop of Pittsburgh (1988-2006), one of the dioceses examined in the report. The cardinal has had to defend himself from criticism of how he addressed abuse cases during his tenure there.

“The grand jury report includes a number of cases where he refused to return priests to parishes after they were accused of abuse,” Garvey said. “But the thrust of the report against Pennsylvania’s bishops is that abuse occurred over many years, and was in many instances facilitated, ignored or covered up — a gross breach of trust with every innocent victim and with the faithful.”

Lay Catholics, Garvey suggested, “could take as a model St. Catherine of Siena, a doctor of the church who famously wrote to Pope Gregory XI, demanding that he ‘intervene to eliminate the stink of the ministers of the holy church; pull out the stinking flowers and plant scented plants, virtuous men who fear God.'”

Students can have their own role, Garvey said. “The church is experiencing a moment of real crisis,” he told them. “I encourage you to prepare yourselves to take on key roles in rebuilding Christ’s church. Pray fervently for survivors. And pray for religious vocations; encourage men and women to consider such vocations as part of the church’s renewal, joining the many virtuous clergy who continue to serve. And decide how you can best serve.”

Garvey said, “About 800 years ago, in a dusty church on the edge of Assisi, St. Francis heard the command to ‘rebuild my church, which is in ruins.’ I don’t know that the church is in ruins, but the present situation feels more like it than anything I have experienced.

“The question in the hearts of all the faithful, including our priests and bishops, is what to do now,” he continued. “Let there be no misunderstanding. There need to be stronger reporting protocols and firmer discipline. But procedures will not substitute for repentance and spiritual renewal.”

Pennsylvania university revokes degrees given to past Scranton bishops 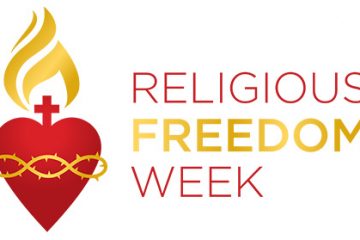