CNA Staff, Oct 1, 2020 / 02:00 pm MT (CNA).- Cardinal Timothy Dolan of the Archdiocese of New York called Judge Amy Coney Barrett the “best candidate” for the Supreme Court vacancy, and said she, like her potential predecessor, faces biases due to her sex, family, and faith.

Speaking on his Sirius XM show “Conversations with Cardinal Dolan” on The Catholic Channel September 29, Dolan praised Barrett, a mother of seven and a professor at Notre Dame Law School prior to her appointment to the Seventh Circuit Court of Appeals, as someone “who takes her faith seriously.” But, Dolan said, that was not why she was nominated to the Supreme Court.

“I think she is nominated because she is the best candidate around,” said Dolan. “I hope so. And from what I hear, she is. So, let’s hope for the best.”

Dolan said that while he had never personally met Barrett, “she sure gets good reviews” from those who knew her.

Even those who may disagree with her judicial philosophy, said Dolan, have said that she is “a woman of integrity and strength and independence.”

“They all rave about her character. In my mind, that’s what’s most important,” he said.

Dolan also spoke warmly about Ginsburg, and drew comparisons between her and Barrett as women of faith.

“What I admired in the accolades to Ruth Bader Ginsberg, there were a lot of articles about her deep Jewish faith and how she was not afraid to say that the values of her Jewish faith animated how she lived, and how she judged,” said Dolan, adding that it was not controversial for her to characterize her faith in this way.

The cardinal recounted a story that Ginsburg “always said she faced three biases; a woman, a mother, and a Jew,” and said that Barrett would be facing these same challenges.

“It seems like Judge Barrett is facing [biases against]; woman, mother, and Catholic,” he said.

If Barrett is confirmed to the Supreme Court, she will be the first woman on the court with school-aged children. Her youngest child, Benjamin, is eight years old.

A Closer Look: The Education of a Catholic Christian 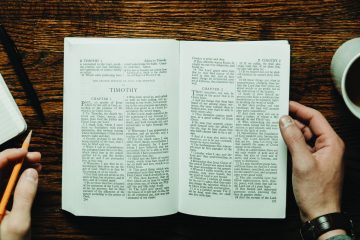