July 5, 2022 The Catholic Telegraph
Home»Features»Dying Every Minute of Our Lives
Features 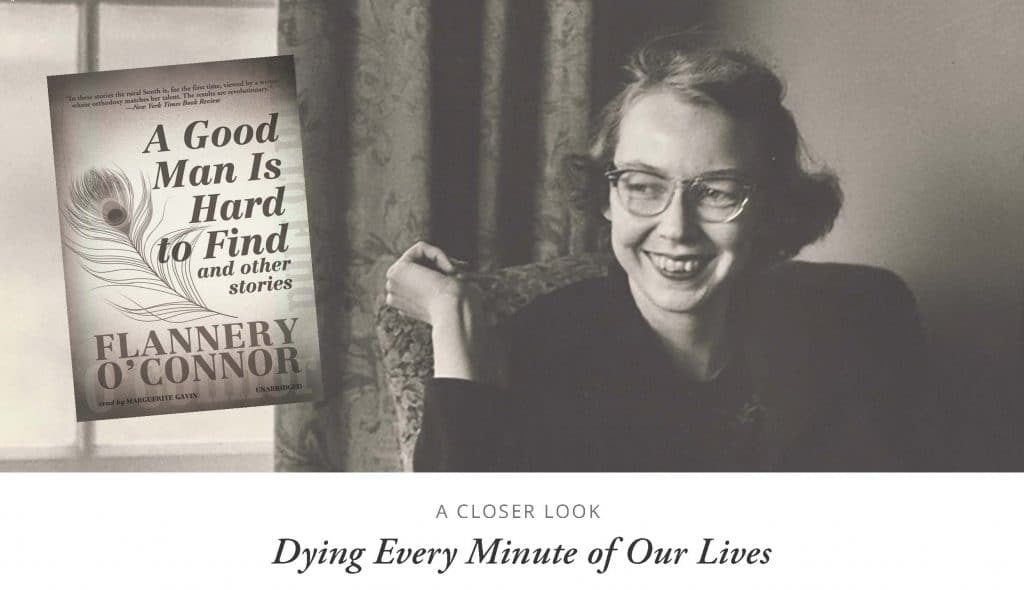 Death is a central motif in Christianity. In Catholic moral and spiritual reflection, death has a more dominant place than it does in most other forms of Christian theology. Indeed, some forms of American evangelicalism minimize – or even practically ignore – Christ’s crucifixion, rushing straight to His resurrection. This partly explains why most non-Catholic traditions removed the corpus from the crucifix, displaying an empty cross in their churches. “We worship a risen Christ, not a dead one” is the typical protestant rationale. It is a short step from minimizing the crucifixion to ignoring it altogether.

This is a fundamental theological mistake for at least two reasons. First, one cannot properly understand the grandeur of resurrection without considering the agony of crucifixion. Bypassing Golgotha for the empty tomb is to ignore the torture Christ endured on our behalf. Second, and more to the point of this column, crucifixion has a central role in Christian morality. The Easter events are about heavenly salvation, but they are also about how we order our earthly lives. When we minimize or ignore the crucifixion, we forget that we are called to participate in that very execution. And, thus, we forget the foundation of authentic Christian discipleship.

Flannery O’Connor’s short story, “A Good Man is Hard to Find,” is a reminder of this essential Christian aspect of the moral life and makes very good Lent and Easter Triduum reading. (Alert: the following discussion assumes you have read the story, and it contains major spoilers.) The story’s two central characters are the self-important and irritating grandmother – whose selfish petulance sets off a chain of events that lead to the murders of herself, her son, her daughter-in-law and her three grandchildren – and “The Misfit,” one of three escapees from a nearby Georgia prison.

On a family car trip, the grandmother causes her son to crash on a backcountry road. When The Misfit arrives at the scene with his companions, the grandmother recognizes him as one of the escaped convicts. O’Connor implies that the three already committed multiple murders since their escape, and the grandmother attempts to negotiate her family’s way out of a similar fate.

“You shouldn’t call yourself The Misfit because I know you’re a good man at heart,” she declaims. “Nome, I ain’t a good man,” The Misfit demurs. He explains that he was sent to the penitentiary for a crime he claims he cannot remember, although we learn that he probably killed his father. To this, the grandmother implores him to make his confession: “If you would pray . . . Jesus would help you.” But The Misfit declines: “I don’t want no hep I’m doing all right by myself.” As his companions methodically shoot and kill all the other family members, The Misfit continues: “Jesus thown everything off balance. It was the same case with Him as with me except He hadn’t committed any crime.”

The grandmother descends into hysteria when she hears the pistol reports, turning to The Misfit and deliriously saying, “Why you’re one of my babies. You’re one of my own children!” When she reaches out to touch him on the shoulder, The Misfit recoils “as if a snake had bitten him” and shoots her three times in the chest. “She was a talker, wasn’t she?” one of his accomplices says. “She would of been a good woman,” The Misfit replies, “if it had been somebody there to shoot her every minute of her life.”

The story is difficult to understand and subject to much debate. I omitted a good deal of dialogue that contributes to a deeper sense of the narrative. O’Connor, herself, said that it is a mistake simply to regard the grandmother as evil, despite the selfish series of behaviors that led to the violent end of her family. Nor, said O’Connor, is The Misfit some kind of morally superior “prophet gone wrong.”

Regardless of possible interpretive nuances, in my mind a clear metaphor of crucifixion emerges from the grandmother’s behavior and violent death and The Misfit’s speech after he murders her. The grandmother had a naïve and presumptive redemption theology, in which the crucifixion had little purchase over her. Her faith was in resurrection without crucifixion, which allowed her to indulge in her own self-centered and self-seeking moral life without any sense of contradicting her salvation. Or, to put it another way, she felt no need to participate in the crucifixion – to die to herself as the precondition for raising with Christ.

This is where O’Connor draws us into the story. We cannot make a claim on the peace of heaven without first confronting the violence of the cross. Like the grandmother, we can only be “good” people when, in the words of St. Paul, “our old self is crucified with Him” (Rom. 6:6); when we “die every day” (I Cor. 15:31). Only then can we say with St. Paul, “It is no longer I who live, but it is Christ who lives in me” (Gal. 2:20).

The Misfit teaches us that the violence of the cross is not incidental to the Christian moral life, but rather its necessary condition.

The Pen that doesn't write

The Catholic Difference: Burke vs. Hobbes