Vatican City, Mar 12, 2021 / 05:00 am MT (CNA).- The president of the Pontifical Council for Christian Unity, Cardinal Kurt Koch, has supported a suggestion that Catholics and Orthodox work to agree on a common date to celebrate Easter.

A representative of the Patriarchate of Constantinople to the World Council of Churches (WCC) said a common Easter date could be a sign of “encouragement” for the ecumenical movement.

Orthodox Archbishop Job Getcha of Telmessos suggested that the year 2025, which will be the 1,700th anniversary of the First Ecumenical Council of Nicea, would be a good year to introduce this reform of the calendar.

Speaking with the Swiss news agency Kath.ch, Cardinal Kurt Koch welcomed the proposal, saying the anniversary of the Council of Nicea was “a good opportunity” for this change.

The First Council of Nicea, held in 325, decided that Easter would be celebrated on the first Sunday after the full moon following the beginning of spring, making the earliest possible date for Easter March 22 and the latest possible April 25.

Cardinal Koch said “I therefore welcome the move by Archbishop Job von Telmessos” and “I hope that it will meet with a positive response.”

“It will not be easy to agree on a common Easter date, but it is worth working for it,” he stated. “This wish is also very dear to Pope Francis and also to the Coptic Pope Tawadros.”

Getcha noted that as early as 1997 a consultation was held by the WCC to discuss a common Easter date for Catholics and Orthodox. At that time it was decided to keep the norms established by the Council of Nicea.

Survey: One in three Catholics in Germany thinking of leaving Church 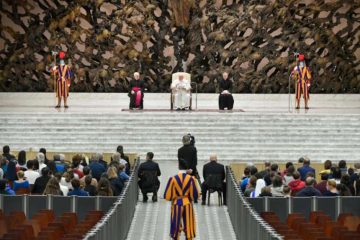