September 23, 2022 Greg Hartman
Home»Commentary»Evangelization can be as simple as a welcome
Commentary

Evangelization can be as simple as a welcome

“Hi, I’m Father David WIlkening,” he said with a smile as broad as a cornfield in that summer of 1982. “I’m from Sigourney, Iowa.”

Although we were not completely new to Iowa at the time, we were a little vague about Sigourney. We were standing on the front steps of Sacred Heart Church in Clinton, Iowa. We had just moved into town where I would be city editor of the local daily newspaper.
“I don’t know you — are you new here? But I see you have three school-aged children. Have you decided where to send them to school?”

Father Dave had a Gatling gun personality and he had us in his sights and was not going to let go, especially when we told him we had sent our litter to a Catholic school in the town we left just a few weeks earlier.

We exchanged general information and the evangelization kicked into high gear.

“Here come the Rastrellis. They send their children to our school. (I would later serve with Mike Rastrelli on the school board. They also had boy-girl twins the same age as ours.)  We also met a litany of parents with their children, the pastor and other assorted parishioners.

It was the auspicious beginning of a four-year-long relationship with Sacred Heart Parish that I will always remember as one of the most rewarding and enriching of our life’s journey through the years.

A formal definition of evangelization is to preach the Christian Gospel with the goal of conversion. Father Dave, while only a young, freshly minted associate at the time, made it his business to know the people in his parish. We had selected Sacred Heart for Mass that Sunday for two reasons: architecture and convenience. We were looking for a parish and a school for the kids, but had no plan to make the parish an intricate part of our daily lives.

Before we moved on due to a promotion four years later, my wife would serve a new pastor as secretary and I would serve on a number of lay committees and even a city-wide group that was looking for ways to consolidate schools and parishes in a town losing Catholics in direct proportion to the out-migration of jobs and population, a precursor of the pastoral region process on-going in our own archdiocese.

Father Dave’s open arms policy most certainly instigated a conversion, a process that would continue when a new pastor, Father Michael Spiekermeier, would arrive just a few months later. Father Dave never got me to Sigourney, but at least I have an idea of where it is.

Were it not for that 10 minutes or so of visiting and introductions on the front steps of the church that Sunday, we probably would have been Sunday-and-grade school Catholics, getting only as involved as we felt necessary to get by.

We have since been in parishes where we were asked to fill out a form: What are your interests? Would you be willing to serve? Would you like to join this group or that? We would turn it in and never hear from anyone again.

The Year of Faith and the New Evangelization arrives in October. We never know when we’re going to have an opportunity to bring another closer to Christ and His church.  Of course, to do it Father Dave’s way requires making an effort to get to know a lot of people — even if they have to be dragged to the door kicking and screaming and wondering about the whereabouts of Sigourney, Iowa.

* * * * *
Steve Trosley is editor-in-chief of The Catholic Telegraph. [email protected]

How about that Jesus!

Evangelization can be as simple as a welcome 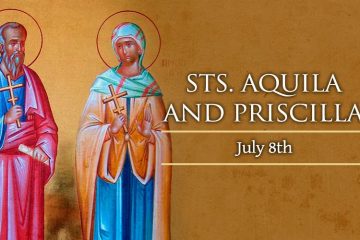