Event Alert: Veneration of the official relics of Saint Padre Pio coming to the Archdiocese

St. Peter in Chains Cathedral will have the official relics of St. Padre Pio of Pietrelcina on October 3, 2018 on the occasion of the 50th commemoration anniversary of his passing.

“Devotion to St. Padre Pio is an uncanny phenomenon,” said Father Jan Schmidt, rector of the cathedral. “When visiting his shrine in San Giovanni Rotondo you are struck by the sheer magnitude of the crowds who have come to pay homage and to seek his intercession for healing of both body and soul. Padre Pio was a mystic in the true sense of the word, and one’s interaction was an encounter with the holy … he could tell you things about yourself, never having known you, that had never been revealed … he could tell you your sins before you had a chance to tell him.  Having visited San Giovani Rotondo myself and been exposed to these relics I am hopeful those who attend the visit will find the same spiritual sense of peace and reconciliation that I did.”

St. Pio, called “Padre Pio” in life, was an Italian priest known for his charity and love for the people around him. He bore the wounds of Christ, which still cannot be explained.

Born Francesco Forgione in 1887 in Pietrelcina, Italy, he was the son of peasant farmers. At age 15, he entered a novitiate with the Capuchin Franciscan Friars in Morcone, where he took on the name “Friar Pio.”

Once he joined the Friary of St. Francis, he had several bouts of serious illness and religious ecstasy. Friars reported that strange noises would come from his cell. Padre Pio frequently spoke about
attacks from the devil, and it was there where these battles had taken place. Although he remained ill, he was ordained a priest in 1910 at the Cathedral of Benevento in southern Italy.

Drafted into the Italian Medical Corps in 1916, he was sent home because of chronic bronchitis, and moved to our Lady of Grace Capuchin Friary in San Giovanni Rotondo, where he taught seminary students and prayed with the townspeople.

After a brief retun to military service, he was given a medical discharge in 1918. He visited his hometown and then returned to the friary, where he stayed for the rest of his life.

In August of 1918, Pio began experiencing a painful stigmata that would come and go over a period of weeks. This would soon become permanent, and remain on his body for the next 50 years. It
only disappeared miraculously a few days before his death in September 1968. Countless experts and doctors looked at his wounds with no clear explanation. Some questioned the authenticity of the wounds, and others could not find a sure diagnosis. While he never had a fever or drops in blood pressure, the wounds bled day after day for 50 years.

In the beginning, Padre Pio felt great humiliation at the wounds on his body, but he welcomed the pain for all of mankind. He stated many times that his “greatest wish was to die.” He was visited by many pilgrims wishing to see some of the miraculous manifestations that his presence attracted.

Padre Pio died of a heart attack at Our Lady of Grace in San Giovanni Rotondo on Sept. 23, 1968. Many of the friars were eager and willing to begin the great process of canonization. He was beatified by Pope John Paul II at Mass on May 2, 1999, in St. Peter’s Square in Vatican City. On June 16, 2002, he was canonized by Pope John Paul II. 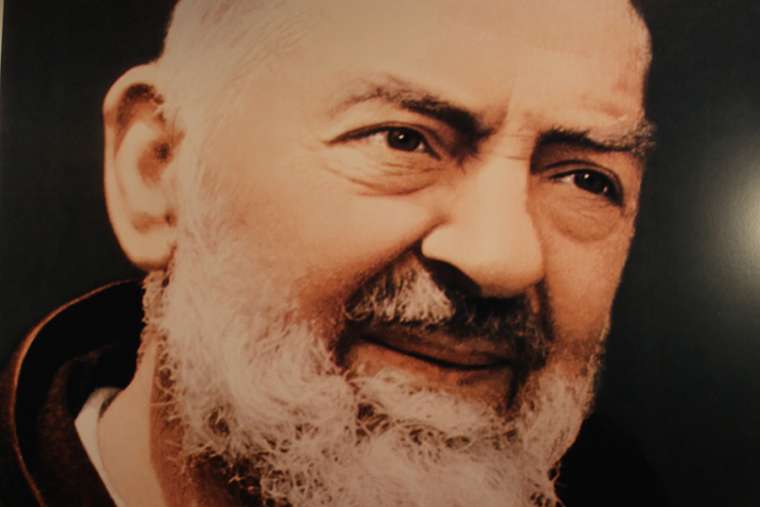 Packers fan with months to live sees game with aid from hospice, diocese

Event Alert: Veneration of the official relics of Saint Padre Pio coming to the Archdiocese