‘Every day is filled with new graces’

ST. FRANCIS DE SALES DEANERY — “Every day is filled with new graces.” That’s how Chris Pramuk describes life since he and wife, Lauri, completed the faith-filled journey that brought their two newly adopted children home from Haiti in late January.

It could be baby Henry David’s wide smile as his mother holds him in her arms or the look of pure joy and wonder on 6-year-old Sophia’s face as she made her first snow angel.

Such moments are particularly precious for the Pramuks, members of Nativity Parish in Pleasant Ridge, who waited anxiously for word of the children after learning of the Jan. 12 earthquake that devastated Haiti.

The journey actually began for the Pramuks when they started the adoption process in February 2009. Already the parents of two, Isaiah, now 12, and Grace, 6, the couple felt called to expand their family, said Chris Pramuk, a theology professor at Xavier University. “Adoption was always something we’d considered,” he said. “We looked into domestic adoption, but the more we learned about Haiti and the great need, we were very drawn there.”

Working through Chinese Children Adoption International, a Colorado-based organization that has established a Haitian program, Lauri Pramuk said their initial plan was to adopt an infant or toddler. “Then we saw little Sophia’s picture, her beautiful eyes, and heard her story, and we were hooked,” she said.

Sophia is a true orphan, who lost her parents before the age of four. Another family was set to adopt her but backed out, and with her grandmother in poor health, the little girl ended up at the House of God Orphanage in Port-au-Prince.

The couple was still considering a younger child when the adoption agency contacted them about Henry David, abandoned in a latrine as a newborn. His photo and story also moved them. “You just know when you see a picture that it’s your child,” Lauri Pramuk said.

She and her husband flew to Haiti to meet the children in July, spending a week getting to know them. Chris Pramuk recalls that first meeting as “amazing. We were nervous, of course, praying that we would feel a connection with them, and we really did. Sophia was kind of shy but came to me and held on for a long time.”

The Pramuks returned home to St. Bernard saddened to leave the children behind, but heartened to know that they would be reunited soon.

When they heard about the earthquake Lauri Pramuk said they couldn’t sleep or eat as they waited for news. They soon learned that while the orphanage was damaged, the children were safe and had spent the first night after the earthquake sleeping outside under the stars.

“My colleagues in the theology department and my students sent me a barrage of email expressing their support and prayers,” Chris Pramuk said. “The children seemed to have touched people and brought joy out of darkness.”

Rabbi Abie Ingber called to check on the family after hearing about the earthquake. “I immediately thought of Chris and Lauri with pictures of their new ‘babies’ already on their fridge,” he said. “They had shared their escalating joy at a hoped-for February trip to Haiti. When I heard about the earthquake, I contacted them and offered to do anything, adding that I believe in miracles. The rest unfolded through the goodness and kindness and prayers and compassion of others.”

Those “others” included US. Rep. Steve Driehaus and his staff, who helped cut through the red tape, and the adoption agency and orphanage staff that kept the children safe despite the devastation around them. Members of Nativity Parish also rallied around the family, said Laurie Pramuk, delivering baby items and spending time with Isaiah and Grace.

Sophia and David flew from Haiti to Orlando then to Denver, where they and other orphans were welcomed into the loving arms of their adoptive families. Since Lauri Pramuk is from Colorado, many of her relatives were present for the joyous occasion.

Chris Pramuk said it is hard to put into words the emotions he experienced as they were reunited with the children. “I felt a tremendous sense of gratitude and relief that they were safe and finally here,” he said.

After several weeks in their new home, the children are adjusting well. “They’re really doing fabulous,” Chris Pramuk said. “We would have expected them to have more issues with the transition, but they’re sleeping like champions. We’ve definitely been more watchful of our biological kids and are showering them with extra love and attention. I’m really proud of how they’ve handled all this.”

Sophia has started kindergarten at Nativity, attended a father-daughter dance with her dad and sister and made Valentines cards for her classmates. She is learning new English words every day and enjoys following her mother around and helping with household tasks.

He said it’s their understanding that the adoptions will now proceed as planned, with home visits from a social worker and the process being complete in three to six months.

Meanwhile, the Pramuks are enjoying the new graces that every day brings with Sophia and Henry David. Reflecting on the journey that brought their children home, Laurie Pramuk said, “You could just feel God’s presence in the whole thing.”

Sunday Scripture: Back to the basics

Year for Priests: ‘Father Tom’s Bread’ is a gift of comfort

‘Every day is filled with new graces’ 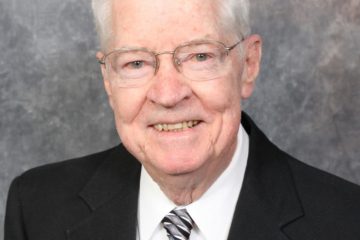